JOE’s Song Of The Day #758 – Screaming Orphans ‘Happy Together’

Screaming Orphans with a re-worked classic.

The Screaming Orphans are the four Diver sisters - Joan, Angela, Gráinne and Marie Thérèse – hailing from Bundoran in Donegal.

There are several famous names scattered throughout the history of The Screaming Orphans.

These names include Christy Moore, Sinead O’Connor, Luka Bloom, Babba Maal, Damien Dempsey, Peter Gabriel, and The National. They all play a part in the Donegal band’s passage from inexperienced child singers to fully-fledged songwriters/performers. 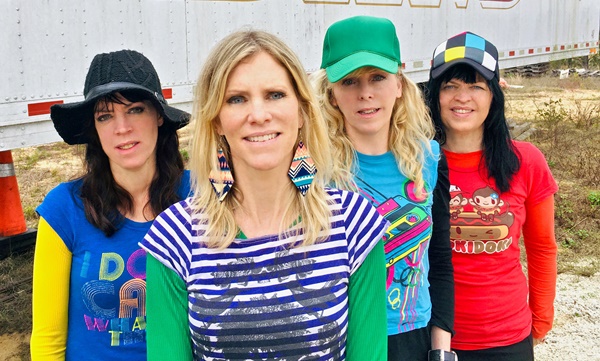 This is the first single from the new album and yes, it's a cover of the classic by The Turtles. The Screaming Orphans have an eclectic range of influences. From an obvious passion for Irish traditional and céilí music, through to girl-pop such as The Bangles, and classic folk-rock like Simon and Garfunkel.

They pull these disparate elements together to create melody driven songs with an infectious vocal hook. ‘Happy Together’ was a natural cover choice and has been part of the band’s live repertoire for years.

They are embarking on a short Irish tour soon and you can find out more details via their Facebook page right here.

Check out the JOE April Songs of the Day playlist on Spotify:


popular
QUIZ: Can you name all the Irish counties just by their shape?
PERSONALITY TEST: What percent tosser are you?
QUIZ: Can you match the Father Ted quote to the character that said it?
PERSONALITY TEST: Which Peaky Blinders character are you?
Gardaí arrest woman (40s) in relation to the three children that were found dead in Dublin
25 jokes which make Airplane! one of the funniest movies of all time
Australian scientists claim to have made "significant breakthrough" in diagnosing coronavirus
You may also like
2 days ago
Alicia Keys and Boyz II Men perform emotional tribute to Kobe Bryant at the opening of the Grammys
3 days ago
"We wanted to be unapologetically ourselves" - The Scratch in conversation
1 week ago
Dublin's Olympia Theatre to host Bohemian Rhapsody and The Greatest Showman sing-a-longs
1 week ago
Spotify is releasing playlists and podcasts for your pets
2 weeks ago
QUIZ: Can you name these traditional Irish songs from just one lyric?
2 weeks ago
Lewis Capaldi's 'Someone You Loved' officially the biggest song in Ireland for 2019
Next Page