The Killers, Kings of Leon, Alt-J, Foals, and more to play four-day festival that costs €160

If you fancy a road trip, Billie Eilish and Taylor Swift are there too.

With the Christmas season fast approaching, it's likely that concert tickets are going to be a very popular gift and there have been a raft of gig announcements in recent weeks.

For example, Sunstroke is back, The Killers are putting on two Dublin gigs, Rage Against the Machine are going back onto the road. It's all happening.

END_OF_DOCUMENT_TOKEN_TO_BE_REPLACED

However, if you're already making plans to travel for the summer, Mad Cool in Madrid might be the thing for you, especially if you love music.

The festival is running from 8-11 July and the lineup is exceptional.

END_OF_DOCUMENT_TOKEN_TO_BE_REPLACED

To sweeten the deal, the various ticketing packages are pretty cheap too. A four-day pass costs €159, a three-day day pass will run you €149, and a solitary day pass is €65.

Granted, the festival is in Madrid but if you're careful with your planning and organisation, you could be able to get a decent deal on a flight.

Now, that's decent value and you'll also have all the fun of a Spanish summer too. 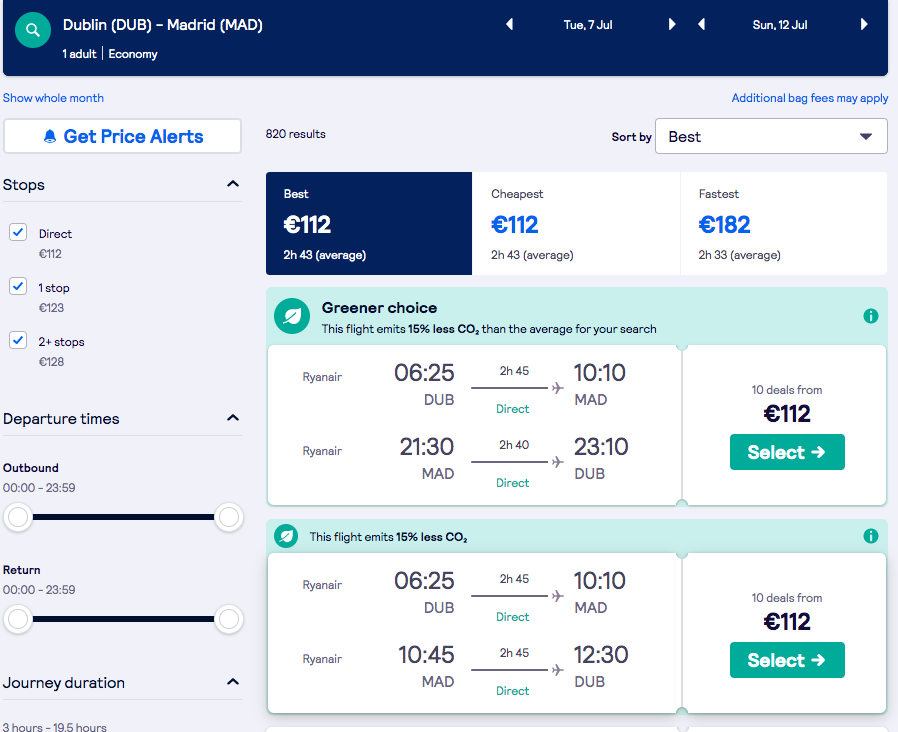