After an achingly long and suspense-filled evening, Ireland has qualified for the live Eurovision final.

The first of two Eurovision semi-finals was held on Tuesday evening in Lisbon, winners of last year's coveted Eurovision trophy.

Ireland joined 18 other nations as they competed for the top ten spots to battle it out on the main stage during this weekend's final.

After a nail-bitingly long wait, Ireland's entry Ryan O'Shaughnessy was called as the tenth of ten spots to represent the Emerald Isle on an international level.

And the crowd went wild...

Ireland rising from the ashes after 4 years of not making the final 🙌🏻#Eurovision #irl pic.twitter.com/67qNOdrlQf 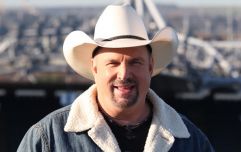 END_OF_DOCUMENT_TOKEN_TO_BE_REPLACED

Having not previously qualified for the final since 2013, this moment was pretty special.

What made it particularly special for a lot of viewers, however, was veteran Irish Eurovision presenter Marty Whelan's reaction to the last-minute placement.

Leaving us at our collective wits' end, the two female Eurovision presenters decided to announce the final spot together before screaming "IRELAND!"

Exclaiming an almighty "YES" from the pit of his stomach like only a true patriot can, Whelan let the world know (and most certainly, his neighbours) that he was absolutely chuffed to bits with the end result.

END_OF_DOCUMENT_TOKEN_TO_BE_REPLACED

"That is TERRIFIC! I am standing up to attention," he shouted. "There's other commentators waving at us."

RTÉ2 captured the whole moment on camera, a piece that, we imagine, will be replayed in offices across the country until the live final on Saturday night.

The second leg of the semi-final will be held this Thursday, in which the remaining countries will battle it out.

The final will be broadcasted on Saturday, 12 May on RTÉ2.