The Swedish superstar was found dead in Oman on Friday.

Music producer and DJ Avicii, real name Tim Bergling, has died at the age of 28.

His publicist Diana Baron confirmed the news with an official statement issued to Billboard on Friday. 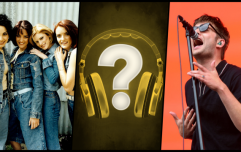 END_OF_DOCUMENT_TOKEN_TO_BE_REPLACED

"It is with profound sorrow that we announce the loss of Tim Bergling, also known as Avicii," Baron said.

"The family is devastated and we ask everyone to please respect their need for privacy in this difficult time. No further statements will be given."

popular
Jeffrey Dahmer’s dad thinks he knows what’s to blame for son becoming a serial killer
€600 energy credits and free schoolbooks for children set to be announced in Budget 2023
QUIZ: Test your knowledge with this Ultimate Friends Character Quiz
QUIZ: Name the country for each of these non-capital cities
House Of The Dragon is already better than Game Of Thrones
Amazon Prime Video has just added 20 very big movies to its library
Fine Gael Councillor slams attendees of cost of living crisis protests
You may also like
1 month ago
Everything you need to know ahead of All Together Now this weekend
2 months ago
Eoghan McDermott shares apology to ex-girlfriend Aoife Melia
2 months ago
U2 to take up residency in new $1.8 billion Las Vegas arena
2 months ago
The JOE Music Quiz: Week 114
2 months ago
Ricky Martin's nephew withdraws sexual harassment allegations
2 months ago
The JOE Music Quiz: Week 113
Next Page