The new Drake album features a verse from Michael Jackson

Drake doesn't exactly need to do much promoting for his albums.

He just puts them out, and people listen.

END_OF_DOCUMENT_TOKEN_TO_BE_REPLACED

But for his new album Scorpion, he has done something that is sure to get people talking.

He has got the King of Pop on one of the choruses.

Obviously the album is out less than 24 hours at the time of writing, so it's hard to get a full grasp of how it will be received in the future, but if Drake's previous work is anything to go by, we've got a damn good record on our hands.

Scorpion is 25 songs in length, with one half of the album being hip-hop based, and the other having a more R&B style.

Undoubtedly, one of the best efforts on the album has a feature from none other than the King of Pop - Michael Jackson.

And it's not some verse off one of his old albums, it's actually some never-heard before footage.

How cool is that? 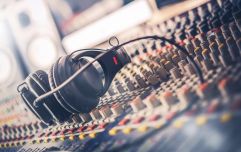 END_OF_DOCUMENT_TOKEN_TO_BE_REPLACED

The song is called 'Don't Matter To Me', and you can listen to it here.

It's a pretty brave move getting Michael Jackson to sing the chorus on one of your songs, nine years after the iconic star's death.

Drake could even be alluding to something a lot more meaningful by doing this.

Michael Jackson is quite commonly referred to as the greatest artist of all time. The GOAT. A term that is thrown around quite a lot lately.

Is Drake subtly telling us that he should be mentioned in the GOAT conversation? Or are we reading too much into it?

Probably the latter to be honest.

Definitely a good song though.

The Big Reviewski || JOE · The Big Reviewski with Y: The Last Man, that Malignant ending & a secret streaming service
popular
The 50 most iconic songs of all time* have been revealed
"One person's rent is another person's income" – Varadkar rejects calls for three-year rent freeze
You could be shopping in an Aldi store with no checkouts in Ireland in the near future
PICS: The man with the biggest penis in the world has one unbelievable problem with it
Government announces special €1,860 payment for laid-off workers during pandemic
Five of the most memorable moments from Never Mind The Buzzcocks
People think they've figured out the ranking of the viewers on your Instagram Stories
You may also like
2 years ago
It looks like Anthony Joshua is the latest victim of the Drake Curse
2 years ago
WATCH: Drake comes in for criticism following his behaviour at NBA playoff game
2 years ago
Anderson .Paak is a goddamn superstar
2 years ago
Extra tickets for Drake's next two gigs in Dublin have just gone on sale
2 years ago
We have it on good authority that Drake might be heading to this venue after his Dublin gig this week
2 years ago
One of Drake's first ever projects is available to stream for the first time
Next Page