"F**king Chewbacca should enjoy his 15 minutes."

The ongoing beef between Noel Gallagher and Lewis Capaldi has been extremely entertaining thus far.

Between Gallagher describing the Scot's music as "wank", and Capaldi absolutely destroying him at Glastonbury, the pair's back and forth has been more entertaining than most WWE storylines.

END_OF_DOCUMENT_TOKEN_TO_BE_REPLACED

And in the former Oasis man's latest interview with Variety, he really hasn't held back with his opinions on his rival.

It started when he took a shot at all modern artists, claiming that the majority don't write their songs, and that "It just seems to me that every singer-songwriter gets to be shitter than the next person. It’s a race to the bottom."

Then he got on to Capaldi, specifically, and the gloves really came off. 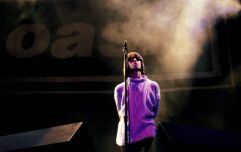 END_OF_DOCUMENT_TOKEN_TO_BE_REPLACED

"Who was the Scottish guy you were going on about before? Fucking Chewbacca should enjoy his 15 minutes.

"He’s just thinking, 'Wow!' Well, I know you’re Scottish and all that, but fucking hell. It is like a third world country, but for fuck sake, man, you must have had a better day than this. Surely!"

Gallagher was then asked about a tweet his daughter posted, where she said that she wanted to be Lewis Capaldi when she grew up. 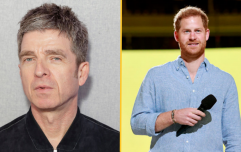 END_OF_DOCUMENT_TOKEN_TO_BE_REPLACED

"When she grows up?" he began.

"Well, she better be better looking than that cunt. Let’s hope she doesn’t have his looks. Or his girth.

"I’m not going to allow that. She’s gonna have a bad day soon if she wants to be Lewis Capaldi when she grows up."

The interview also references his tetchy (putting it lightly) relationship with his brother, his thoughts on the new movie Yesterday, and his upcoming music.

All accompanied by some classic Noel Gallagher jabs, and some seriously bad language.