Liam Gallagher was spotted in Sligo yesterday, but it seems as if he made his way all around the world, or at least the west of Ireland, during his visit to the old country yesterday.

The Beady Eye frontman was spotted in a couple of Sligo establishments yesterday afternoon and while he was in that part of the world, it was always likely he was going to call into nearby Charlestown in Co. Mayo, from where his mother’s family hail.

The picture below was sent into us by Sean Mulvanney and it was taken in Mannion’s Mace in Charlestown, where Sean tells us that Liam bought nine bags of Tayto crisps, five bags of Galaxy Minstrels, six Wispa Golds and some shaving foam. What, no cigarettes and alcohol? 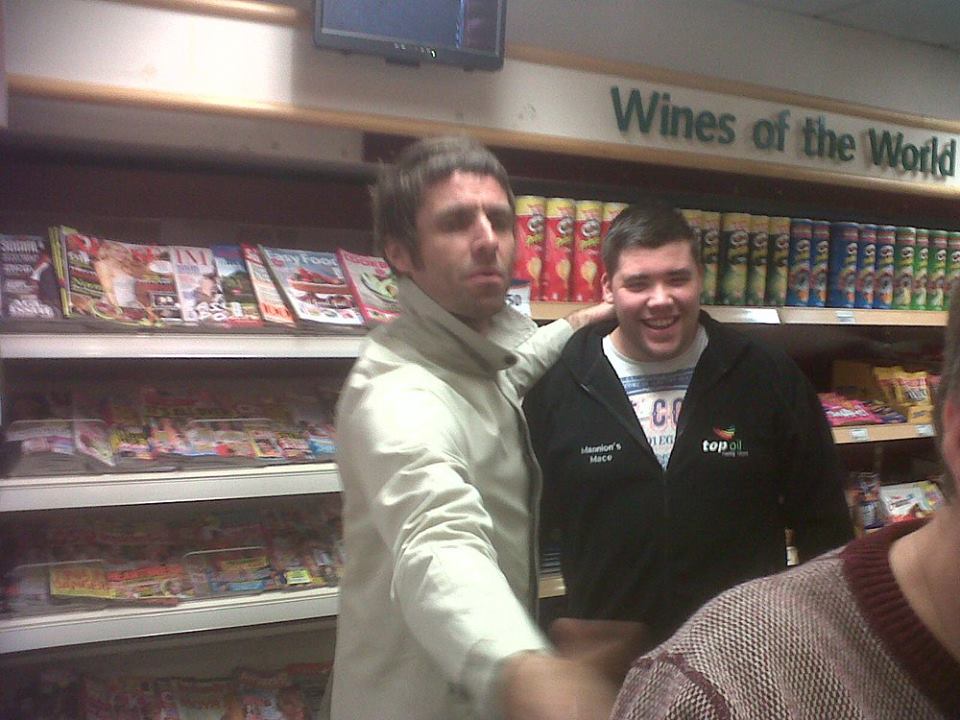 END_OF_DOCUMENT_TOKEN_TO_BE_REPLACED

Some might say that’s a lot of confectionary for one man – he could well have been sorting his kids out – but none of us going are going to Live Forever after all. Rumour has it he got a bowl of soup from the deli as well but decided not to get a roll with it.

We’re just surprised that given the momentum of the Mayo for Sam bandwagon that nobody tried to get Liam to pose with a Mayo flag ahead of the All-Ireland semi-final next weekend, but chances are Liam might be half the world away next Sunday so there might not have been much point.

Hat-tip to Sean Mulvanney for sending this one into us

popular
RTÉ tries to solve Michael Collins murder in new documentary
QUIZ: Can you get top marks in this short but tricky Irish geography quiz?
4-year-old girl killed in Sligo caravan park named as Alice Dunleavy
Two long-thought-dead Marvel projects appear to be in the works
QUIZ: Can you score 12/15 in this difficult General Knowledge Quiz?
QUIZ: Test your skills to the limit with this General Knowledge Quiz
QUIZ: Can you name all the counties in Ireland with an ‘N’ in their name?
You may also like
1 day ago
Family of Ashling Murphy share heartbreaking tribute at Fleadh Cheoil
1 week ago
Taylor Swift responds after report claims she has the highest celebrity private jet emissions
1 week ago
The JOE Friday Pub Quiz: Week 305
2 weeks ago
U2 to take up residency in new $1.8 billion Las Vegas arena
2 weeks ago
The JOE Friday Pub Quiz: Week 304
2 weeks ago
Ricky Martin's nephew withdraws sexual harassment allegations
Next Page