PIC: Rage Against the Machine made their Irish debut 22 years ago today and the review is gold

"I was born to rage against 'em"

I'd wager that most rock 'n roll fans have a copy of Rage Against the Machine's seminal eponymous debut album and 22 years ago today, the Tivoli theatre in Dublin was shaking to the sound of Zach De La Rocha and co.

Tickets cost just £10 and the brilliant Facebook page Classic Dublin Gigs actually has a stub for the gig here. Special mention should also be made for the incredibly talented supporting act on the night also. 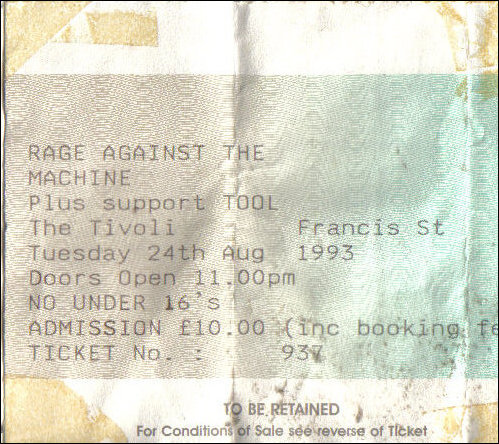 END_OF_DOCUMENT_TOKEN_TO_BE_REPLACED

Unfortunately there are rules against letting seven-year-olds into rock concerts so I wasn't there on that particular night but like many of you, I'm a massive RATM fan to the point where I even flew to Paris and Munich to see them perform a few years ago, as well as taking in their brilliant sets at Oxegen and The Point/O2.

The Irish love affair all started in Dublin 8 though and that performance has since become one of the most famous gigs in the last few decades - Hot Press recently ranked in their top 30 - and their review by Patrick Brennan is absolute gold.

Take a look at what the magazine had to say about a band whose music is still being embraced by new generations of music fans. 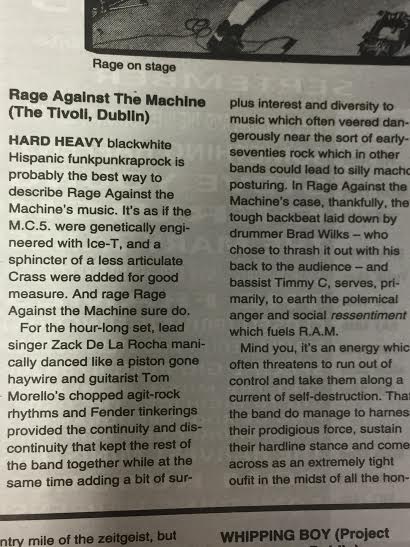 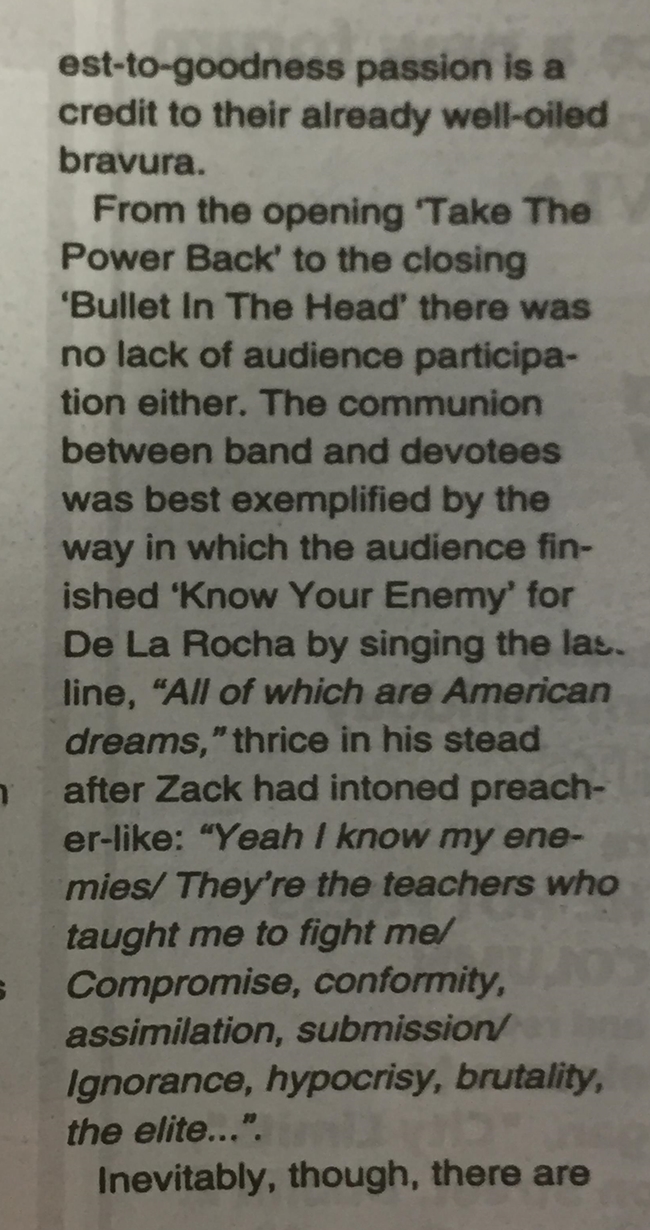 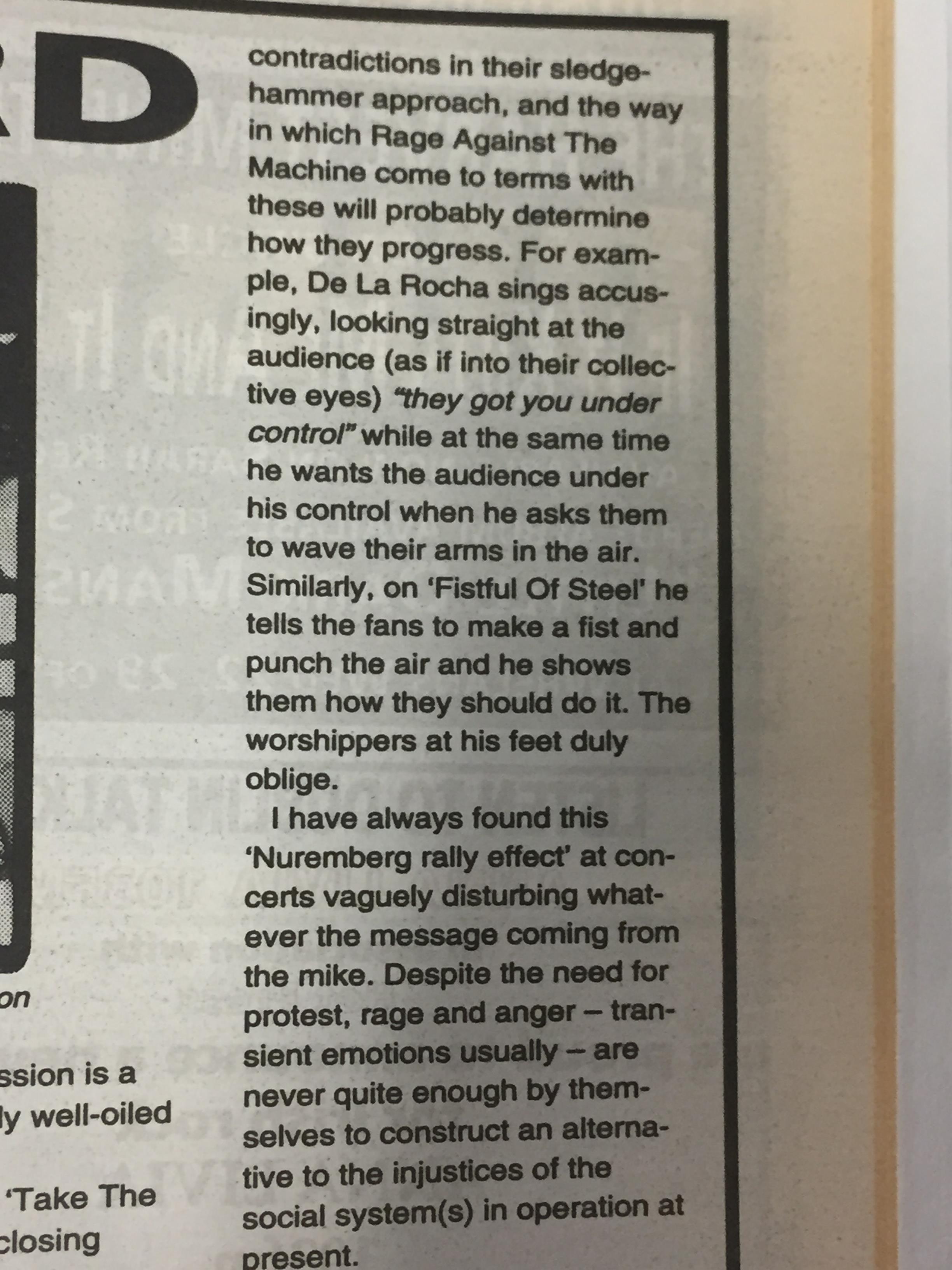 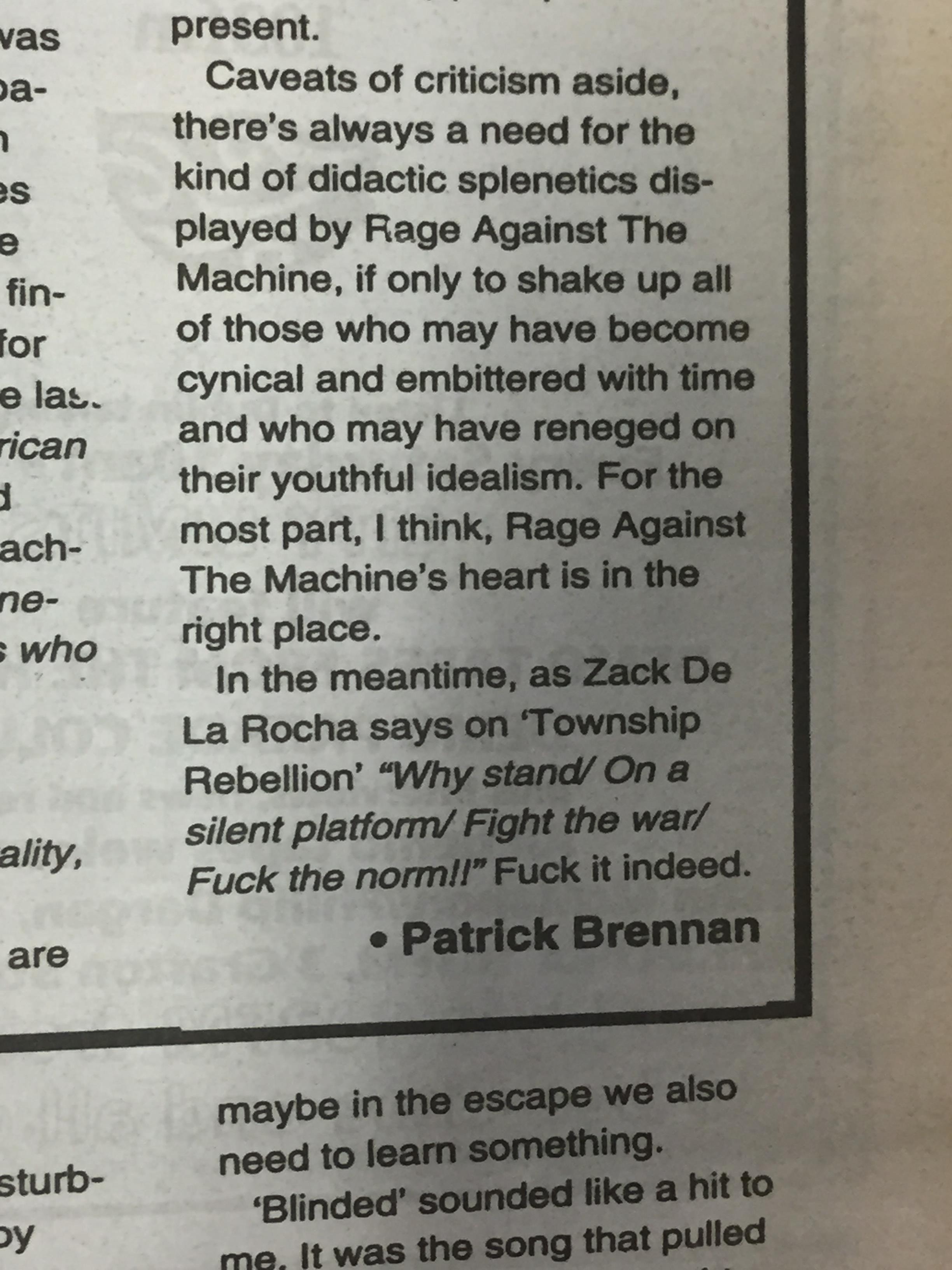 For those of you that are curious about what Rage played on the night then here's their entire setlist, what a track to end the night on. 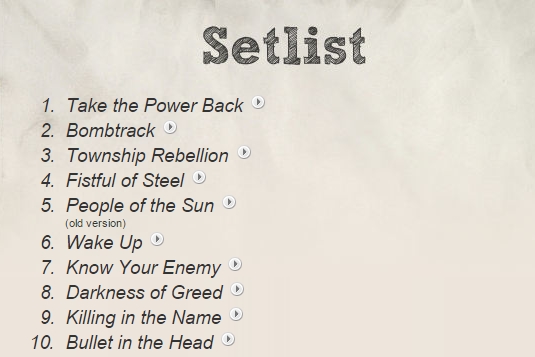 As fans of the band will know, the last two minutes of this song cause more pandemonium and moshing than even 'Killing in the Name Of'.