This would be an amazing tribute.

A woman whose brother recently passed away after a battle with Parkinson’s disease has made a special plea for a tribute to be paid in his honour at Bruce Springsteen’s gig in Croke Park on Friday evening.

Noel Kenny, from Portarlington in Laois, a multiple medal winner for Ireland at the Special Olympics in 2010, passed away earlier this year after a battle with Parkinson’s disease. 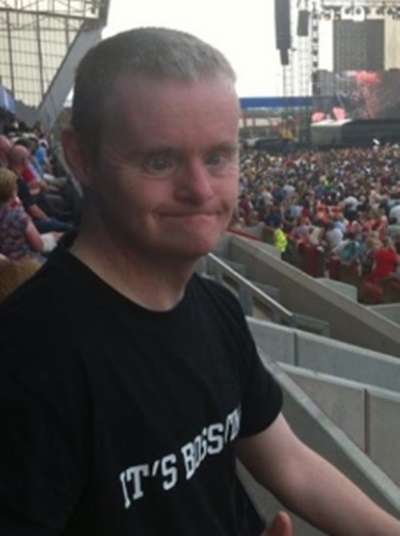 END_OF_DOCUMENT_TOKEN_TO_BE_REPLACED

A huge Bruce Springsteen fan, he had been due to attend The Boss’ gig in Croke Park on Friday night with his sister, Terri Kenny Murphy, but became ill on the day the tickets were purchased and sadly passed away in February, aged 44.

Terri will be attending the gig in Croke Park on Friday night and made a special appeal to The River Tour – Dublin page on Facebook for Bruce to sing Noel’s favourite Springsteen song, ‘Glory Days’ in his honour on Friday night.

The post went up on Facebook late on Sunday night and has since been liked over 11,000 times and shared over 1,400 times at the time of writing. 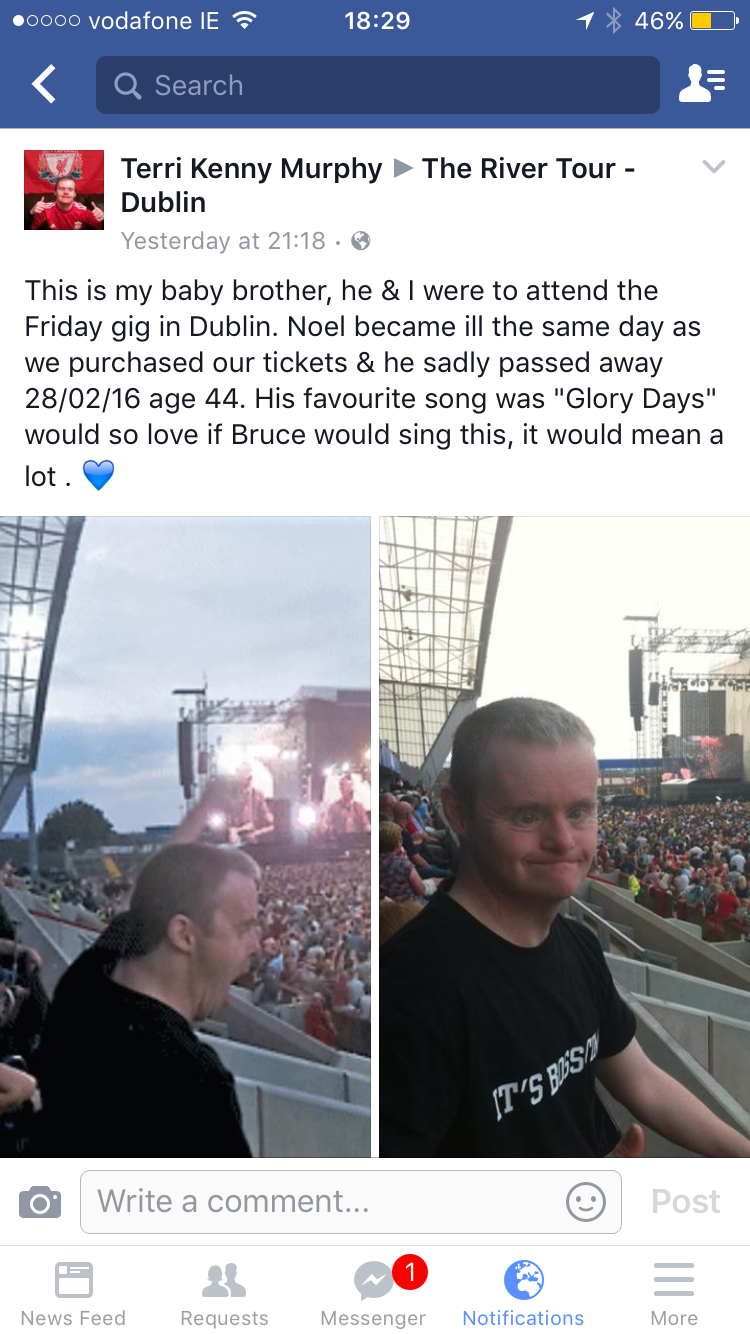 END_OF_DOCUMENT_TOKEN_TO_BE_REPLACED

Terri’s niece, Louise McCormack, got in touch with JOE earlier asking us to help spread awareness of Terri’s plea.

She said the response has been phenomenal, but that she isn’t surprised because Noel touched so many lives over the years.

Members of the public are asked to support the cause by using the hashtag #glorydaysforNoel on Twitter and there has already been a significant response.

Here’s hoping the Boss gets the message.

popular
Coleen Rooney 'confident she's won' Wagatha Christie trial against Rebekah Vardy, according to reports
Belgium becomes first nation to introduce compulsory monkeypox quarantine
Met Éireann issue warning for potato blight this week
QUIZ: If you get 15/15 in this General Knowledge quiz, give yourself a pat on the back
The JOE Movie Quiz: Week 155
Tory MP facing drink spiking claims as one fellow politician woke up to find 'nipples being licked'
The JOE Friday Pub Quiz: Week 295
You may also like
6 days ago
The six Eurovision countries with "irregular voting patterns" have been revealed
1 week ago
Eurovision producers reveal "irregular voting patterns" during Saturday night's final
2 weeks ago
U2 perform in Kyiv metro station following invite from President Zelensky
1 month ago
QUIZ: Can you match the one-hit wonder to the artist?
1 month ago
One of the best music documentaries ever made has just been added to Netflix
2 months ago
WATCH: Last Week Tonight explains why concert tickets have become so expensive
Next Page