Pic: Statue of Kurt Cobain erected in Aberdeen, Washington - and it looks nothing like him

A statue of Kurt Cobain has been unveiled in the late Nirvana singer’s hometown of Aberdeen in Washington, and it looks nothing like him.

The town’s mayor Bill Simpson hopes that the statue, which is crying a tear, will become as big as Graceland and will attract tourism to the town.

The only problem is the lack of a resemblance to Cobain, who was 27 when he took his own life in 1994.

What do you think? Does it look like Kurt Cobain? Whoever sculpted the guitar could use a few night classes, at the very least. 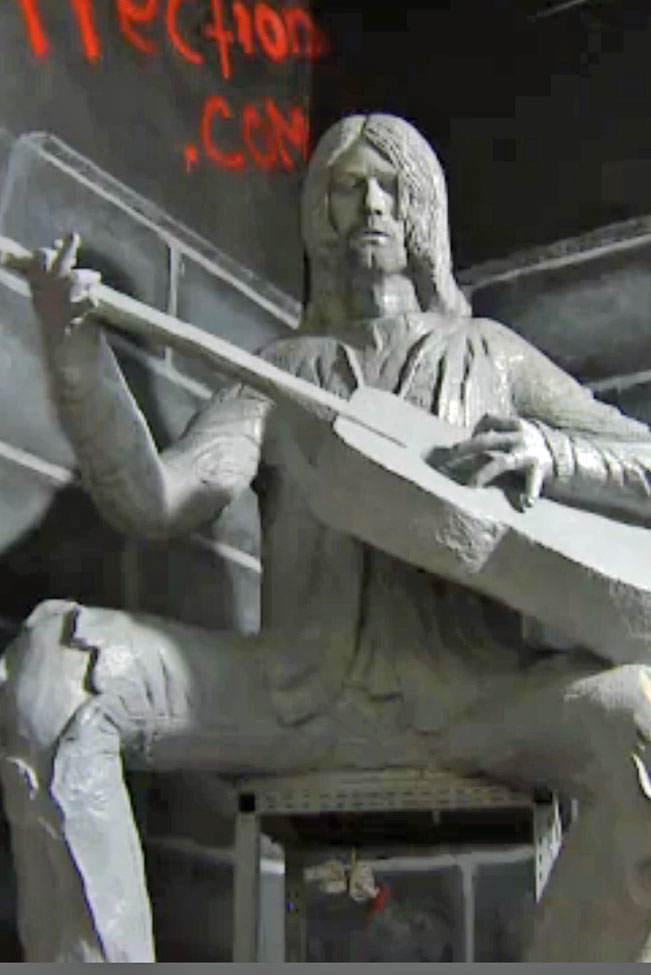