Pink announces Dublin gig at the RDS next summer

Pink has announced that she will be bringing her Beautiful Trauma Tour to Dublin next summer. 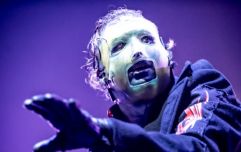 END_OF_DOCUMENT_TOKEN_TO_BE_REPLACED

The news was rumoured on Monday but was officially confirmed on Tuesday morning when a full list of her European dates were released.

Pink will take her Beautiful Trauma tour around the globe in 2019 with a brief stop in Ireland that kicks off  at the RDS in Dublin.

The singer has bagged a host of accolades over the years including three Grammy Awards, a Daytime Emmy Award and seven MTV Video Music Awards.

Pink's most notable hits include 'Get the Party Started', 'Don't Let Me Get Me', 'Just Like a Pill', 'So What' and 'Family Portrait', and her 2013 tour was the third biggest selling in the world that year.

We imagine a big crowd will show up for her Dublin gig as well.

Tickets for her Beautiful Trauma Tour go on sale at 10am on Tuesday, 23 October.

The Big Reviewski || JOE · The Big Reviewski with Andy Serkis, Squid Game follow-ups & the return of Succession
popular
The JOE Friday Pub Quiz: Week 265
Two prisoners who absconded from Loughan House in Cavan arrested by Gardaí
Emergency services rush to high-rise building on fire in Tallaght
Ryanair is seeking applicants for "the worst job in Ireland"
Hollywood couple Joe Manganiello and Sofia Vergara seen enjoying a Cork chipper
QUIZ: Can you master this General Knowledge Quiz?
A modern classic from Quentin Tarantino is among the movies on TV tonight
You may also like
1 year ago
Santa's Drive-In Grotto is coming to Dublin this Christmas
2 years ago
There is a Monster's Ball coming to the RDS for Halloween week
2 years ago
COMPETITION: Win two weekend tickets to The Motorsport Show in the RDS
2 years ago
James Kavanagh & Philly McMahon among the speakers at gradireland Live! next month
2 years ago
Comedian David Schneider & YouTuber Alfie Deyes confirmed for Social Media Live
3 years ago
COMPETITION: Win five tickets to the opening night of The Nightmare Realm
Next Page