Jimmy Eat World's third album, Bleed American, was the sonic equivalent of the very last speck of dried blood being wiped from the wall of Kurt Cobain's bedroom. Released ten years after Nirvana's magnum opus, Nevermind, Bleed American confirmed that popular rock-music had put down the needle, cut its hair and settled on a different way of getting its point across.

Nevermind had been the perfect storm of rage and melody, as infectious as it was infected, the cut on the roof of your mouth that you can't leave alone. 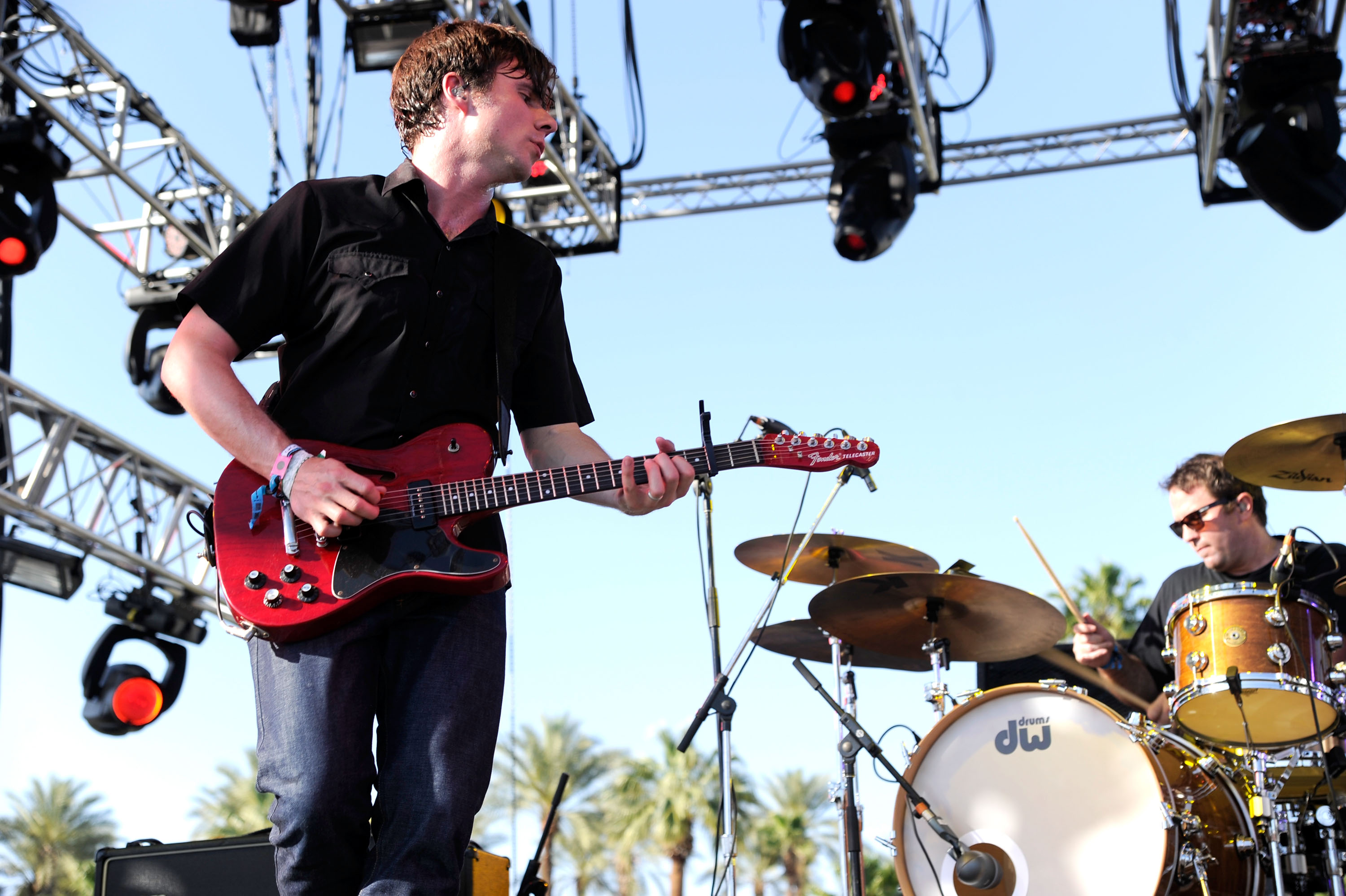 Some rock music is described as radio-friendly. Bleed American was radio-friendly in the same way that Kel was partial to the occasional Orange Soda. In Bleed American, Jim Adkins and co. composed a record so packed with songs ready-made for every angsty eventuality that rears its head between the ages of 14 and 25 that it simply had to be heard.

Bleed American is 18 years old today, finally old enough to crack open a beer, sit back and listen to itself.

We've painstakingly put together a list of the album's top five tracks for your careful perusal.

The title-track kicks the doors in and opens the album up with Zach Lind's unrelenting percussion picking up urgency as we become re-acquainted with the band.

END_OF_DOCUMENT_TOKEN_TO_BE_REPLACED

The verses of the song are tensely muted, as if the lads are waiting for the chorus to come along and give them all permission to wail on their respective instruments.

The chorus doesn't disappoint either. Adkins' anthemic chanting of of 'Salt, sweat... sugar on the asphalt/our hearts... littering the topsoil', punctuated by banging drums and air-raid guitars makes sure your eardrums are well warmed up for the next ten tracks.

If you've ever been dancing with somebody throughout a Jimmy Eat World concert, this would be the song where you finally made your move.

A Praise Chorus is one of those songs masterfully crafted to fit that situation where you're psyching yourself up to do something important. Bleed American was not simply an album but a public service for people across the world who are unsure of themselves.

END_OF_DOCUMENT_TOKEN_TO_BE_REPLACED

Where the album's title track is likely to make you destroy your immediate surroundings in the best possible way, Sweetness is the kind of post-break-up bedroom-destroyer that everybody has needed at some point or another between the ages of thirteen and thirty.

The track's soaring vocals, call-and-answer format and abundance of 'Woah's suck you right in and spit you out a different person. You should probably give yourself some space before listening to this one.

The Authority Song is an open-invitation to dance. If you're listening to this song and happen to notice that neither of your legs are moving then I strongly advise you check your reflexes.

The cool thing about The Authority Song is that it's about a different song called Authority Song by all-American music hero John Mellencamp. The two songs are intentionally very similar except for Jimmy Eat World's obligatory infusion of all-American awkwardness in the hook - "I got no secret purpose... I don't seem obvious, do I?"

END_OF_DOCUMENT_TOKEN_TO_BE_REPLACED

Picking a favourite song from this album was far more difficult than choosing a favourite child, considering most parents haven't got eleven children to choose from.

If You Don't, Don't is a showcase of Jimmy Eat World's versatility. Unlike most of the band's hits, the song is a mid-tempo, chilled out, sad story-teller of a song right smack in the middle of the album.

The song is an opportunity for Adkins to relax, croon a bit and get personal - "I would write to you from Museum Mile/a toast to you, your whisper, your smile/up the stairs at Wetherford, a ghost each place I hide". This songs means the most out of all the tracks on the album, and you can hear it in every note the Jersey boy hits.

The Middle is easily the best-known Jimmy Eat World song and therefore cannot be omitted from this list.

Jimmy Eat World had been dropped by their record label after releasing their second album, Clarity, meaning they had to finance Bleed American with their own capital. The Middle propelled the band into the mainstream and, to this day, is presumably lining their pockets with royalties.

We're pretty sure the universally-appreciable message of the song - "Just live right now and be yourself, it doesn't matter if it's good enough for someone else" - had a lot to with the song being universally appreciated.


popular
Ireland's best places to work for 2020 have been revealed
ISPCA rescue horse tied to electricity pole in Tipperary
Interactive infographic shows real-time spread of coronavirus outbreak
Here's Week 21 of JOE's 19 in 90 quickfire quiz
QUIZ: What movie/TV show are these fictional sports teams from?
Emirates is recruiting new cabin crew members in Galway for tax-free jobs
Here are the 6 best movies on TV this Thursday
You may also like
3 weeks ago
ABBA are hoping to release new music later this year
3 weeks ago
Gang of Four’s Andy Gill has died aged 64
4 weeks ago
Rage Against The Machine add two more dates to their 2020 reunion tour
1 month ago
Alicia Keys and Boyz II Men perform emotional tribute to Kobe Bryant at the opening of the Grammys
1 month ago
"We wanted to be unapologetically ourselves" - The Scratch in conversation
4 weeks ago
JOE's Song Of The Day #867 - Callum Orr 'You Are A Place I Used To Live'
Next Page