20 years under his belt as a solo proposition, Ronan Keating looks back on the fear of going it alone and strutting down the street following that infamous Boyzone appearance on the Late Late...

I've just given Ronan Keating some devastating news about Santa Claus, rather off the cuff to be honest.

END_OF_DOCUMENT_TOKEN_TO_BE_REPLACED

Bless the man for he took it in stride. We've been riffing on the idea of how everyone is just winging it in life, how finding out the truth about jolly old Saint Nicholas is just as character-forming as when you realise that your parents and teachers are all just making it up as they go along.

"It’s not a chore. I love what I do. I think there’s complications in certain things and the way we do things today but I still have a great passion and love for what I do."

END_OF_DOCUMENT_TOKEN_TO_BE_REPLACED

The enthusiasm is indeed evident as Keating reflects on 20 years as a solitary going concern. Fitting, given his first appearance before the Irish public in an entertainment capacity resulted in the kind of footage that the Reeling In The Years team would happily splice into every episode if they could.

Much blood has been spilled regarding Boyzone's legitimately iconic debut effort on The Late Late Show in November of 1993 so we won't pay the ghost too much mind. In fact, it's Keating who raises the subject whilst reminiscing on a more traditional formative experience.

"Not far from here, down on Henry Street," he recalls of one of his very first jobs in life.

"It was Korky’s shoe shop. It was Simon Hart, originally. I started when it was called Simon Hart. My brother was working there, he got me a part-time job and then I started working there and then they changed it to Korky’s. Ah yeah, it was a couple of great years there, working part-time. 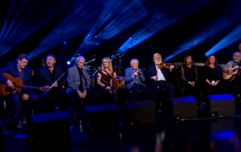 END_OF_DOCUMENT_TOKEN_TO_BE_REPLACED

"‘Hey, did you see me last night?’ I had this music in my head. Little did I know how bad we were. Then, we didn’t realise. We were just like, ‘We’re on the Late Late Show, it’s the best thing ever’ and now it’s haunted us for 26 years."

In some ways, he was part of a meme before memes were commonplace.

"Yeah, we were the original meme," he smiles.

"It was mad. Surreal? You should try look at yourself in that situation and then you think how surreal it is. It’s mad. I was 16 years of age. I was told to stand there and do that. Yeah, awesome. I thought I was going to be in a famous pop band. I was ready."

"We were kind of thrown in the deep end together, the five of us," Keating explains.

"There were no questions asked. We just kind of did it, just got on and did it. We didn’t have any media training — which we should have had. You get out there and you say stupid things in the press because we’re innocent and we’re trying to be funny or whatever. We didn’t have any training. We just got thrown in the deep end and it was crazy. Things scar you, as well. But we came out of it fairly well.

"You think of someone like Billie Eilish. On a global scale she’s just huge right now but she’s got her brother by her side and she’s got her head on her shoulders, that girl. I think she’s going to be alright. You never know what’s going on behind the face. People need to be protected in every walk of life, today more than ever because of social media and the world we live in.

"We’ve got to look after one another. It’s a tough industry. Every industry is tough. Everything seems to be exposed now, there’s no curtain anymore. Everybody gets to look behind every curtain and see what they want to see."

As noted, Keating is celebrating 20 years of being a solo artist. A new album to that effect, Twenty Twenty, is set to arrive in the summer. Let's go back a bit, though. Going it alone in the first place, was there much of a fear attached?

"Yeah, there was a fear. We all wanted a break from Boyzone. We had six mad years, really mental years of non-stop travel. I loved every minute of it but it was a pressure cooker and it was time for us all to take a break.

"Richard Curtis was making the movie Notting Hill, so this was kind of a great stepping stone for me. He asked me to sing ‘When You Say Nothing at All’ and it was immediate for me; I just catapulted into this solo situation and it was incredible.

"I got lucky," he continues.

"The movie helped the song, the song helped the movie. It was one of these things, a big moment like Aerosmith and ‘I Don’t Want to Miss a Thing’ with whatever that movie was called… they went to blow up a rock. [Editor's note - that would be Armageddon].

"There’s moments that you remember like Four Weddings and a Funeral and ‘Love Is All Around’ with Wet Wet Wet. Those songs are as big as the movie, the movie’s as big as the song. It’s a funny thing and I got lucky, having one of those."

Casting his mind back even further, Keating remembers his first gig; Extreme at Dublin's Point Theatre. He loved 'More Than Words' despite the album not quite living up to it in his view and so went along and had the time of his life. He would, of course, later headline that same venue many times over. What was it like going from starry-eyed punter to theatrical performer?

"Mad. You don’t ever think you deserve it. It never becomes normal and I think that’s a healthy thing. You really try and enjoy the experience, don’t take it for granted. Stages get bigger and they get smaller.

"That’s something you notice. When you’re doing it for a while, all of a sudden you’re on a big stage and all of a sudden, you know, things aren’t going that well and the stage gets smaller. The next time, it’s bigger again. So, it’s peaks and troughs but it’s always a privilege."

Speaking of, does anything in particular jump out in terms of a 'pinch me, I'm dreaming' memory over the entire run? 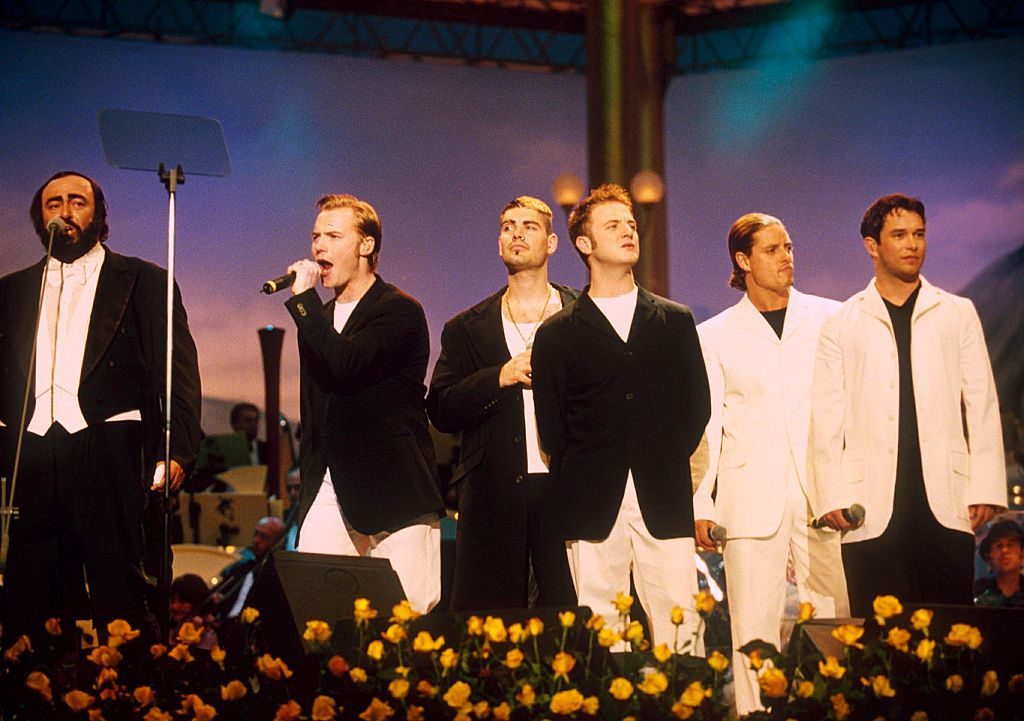 "There are moments," he nods.

"You see footage of Boyzone, of all of us standing next to Pavarotti, let’s say, in Modena in Italy. I can’t actually physically remember that moment very clearly, the standing on the stage. It was so crazy. I remember being backstage. I remember the dinner afterwards. I can’t remember [being onstage].

"When I get to see that footage and hear all of us singing with Pavarotti it’s just like, ‘Was I there? Did that happen?’ Crazy. I’m sure Pavarotti, lord rest his soul, would look back on it and think, ‘What am I doing? I can’t believe I’m stuck with Boyzone!’."

With that in mind, if he could somehow communicate with that strutting, Travolta-esque 16-year-old version of himself, what wisdom might the elder Keating impart?

"The one bit of advice I’d give myself is go and enjoy yourself — take everything with a pinch of salt. Enjoy it a bit more, because it went by so quick, those six years. It was gone. And they were such brilliant years."

Twenty Twenty will be released this summer