More importantly, who should win?

Denise Chaila triumphed last year, but how does it look this time around? 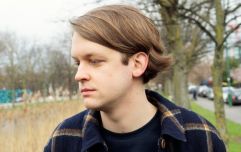 END_OF_DOCUMENT_TOKEN_TO_BE_REPLACED

The RTÉ Choice Music Prize shortlist for best Irish album of the year – from 2021, of course – has officially been revealed.

Unveiled by Choice Music Prize co-founder and chairman Jim Carroll on the Tracy Clifford Show on 2fm on Wednesday afternoon, the 10 Irish albums duking it out for the crown are:

Orla Gartland | Woman on the Internet

Saint Sister | Where I Should End 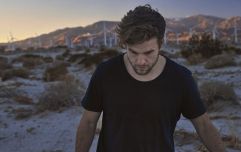 END_OF_DOCUMENT_TOKEN_TO_BE_REPLACED

A couple of surprising snubs in there, too – James Vincent McMorrow, Fears, John Francis Flynn, The Altered Hours and Wyvern Lingo amongst others can probably all feel a touch disappointed.

For this writer's money, it's For Those I Love's to lose, despite that album initially surfacing in 2019 before disappearing only to return in an official capacity in 2021.

Of course, anyone could win. That's what the judging panel is for, after all.

While the RTÉ Choice Music Prize Song of the Year – yet to be announced – is decided by a public vote – and thus usually goes to whatever mainstream act bothers to nudge their fan base – the album prize is subject to an intense roundtable debate.

The ceremony will take place via a live 2fm broadcast from Vicar Street on Thursday, 3 March between 7pm and 11pm.

popular
One of the best action movies of recent years is finally available to watch at home
Gardaí launch investigation after man's body reportedly brought into post office in Carlow
The JOE Friday Pub Quiz: Week 278
QUIZ: Can you score 18/18 in this tricky geography quiz?
"It will be with me until I die" - Charlie Bird opens up about "loveliest gesture" from Daniel O'Donnell
The 50 most iconic songs of all time* have been revealed
QUIZ: How well do you remember Ozark on Netflix?
You may also like
2 years ago
Kojaque announces Dublin gig to celebrate one-year anniversary of Deli Daydreams
3 years ago
Here are the nominees for the Irish Album of the Year 2018
3 years ago
Head Above Water - a conversation with Conor O'Brien of Villagers
3 years ago
The winners of the 2017 Irish song and album of the year revealed at the Choice Music Prize
3 years ago
"People just don’t know that there’s a scene here" - JOE meets Dublin R&B sensation Soulé
4 years ago
The Choice Music Prize shortlist has been announced; here are the top 10 Irish albums of the year
Next Page