Thursday brought a devastating reminder that nothing lasts forever with the announcement that hard-rockin' music channel Scuzz TV will soon breathe its last breath.

END_OF_DOCUMENT_TOKEN_TO_BE_REPLACED

"Today, sadly we announce that from the 15th November 2018 Scuzz TV will be closing. We’d like to thank our fans for all the amazing support over the past 15 years.

"We have been Scuzz TV."

And with that, the tears began to flow.

END_OF_DOCUMENT_TOKEN_TO_BE_REPLACED

Generation YouTube may not fully grasp the importance of television channels like Scuzz, Kerrang!, NME and, of course, the godlike MTV2.

It was a different era, one where tangible things like CDs and magazines ruled the roost, one where you couldn't simply use your phone to dial up the video for Slipknot's 'Duality' - still a banger, by the way - and lose your mind.

Nah mate, we had to take what we were given in drip-feed form.

Scuzz, which to its immense credit, has lasted for 15 years amidst an ever-evolving media landscape, was one such haven for those of a more extreme persuasion.

Plus, it helped spread the joy of Crabcore to the world.

With all of this in mind, it is time to pay honour and respect and we shall do this by posting a bunch of the most Scuzz-riffic videos that featured in the channel's proud history.

If you are wondering just what the hell 'Crabcore' is, well, dear reader, it is time to get educated...

Just look at them go! 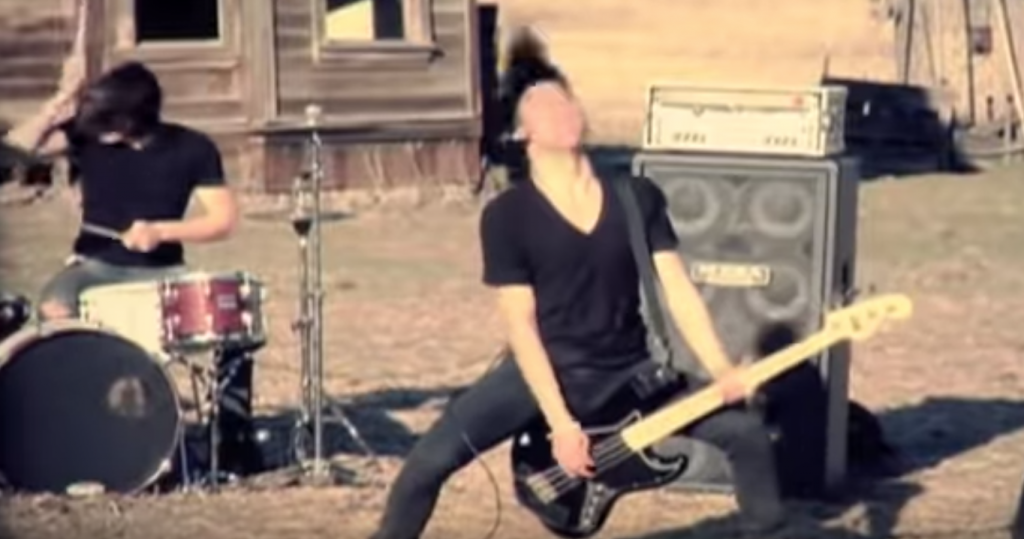 The guitars-behind-the-head Ric Flair 'Woo!' move a minute in? Unbelievable.

Please don't misunderstand; 'Stick Stickly' is legitimately one of the worst songs ever created, but fair play to Attack Attack! for bringing such wholesome fun into our lives.

Plus, you get the feeling it inspired this absolute nonsense:

Right, let's get back on track.

Still Remains - 'The Worst Is Yet To Come'

Seriously what is it with Scuzz-approved bands and milling around in some desert ruins?

A real good 'just in from the pub at 3am' shout, this one.

Yes, it's Disturbed doing a Genesis cover. Why not? They'd tackle Simon & Garfunkel a few years later, proving that nothing truly is sacred.

And you thought that Scuzz didn't have a sensitive side.

Fair warning; I may have fever-dreamed that Scuzz actually played this but I'm 99% certain it did and as Batman once said - if there's even a 1% chance that... wait, how did that one go again?

Corey Taylor really is better off in his mask (creatively speaking, he's a handsome devil so no image-shaming here) but 'Through Glass' is a classic tough guy sad-banger.

Y'know guys, I'm starting to wonder if Scuzz was actually any use or not.

Oh, Atreyu. So much angst. So much pain.

Exceptional song title here that really sets you up for the emotional torment that follows.

Nightwish - 'Over The Hills And Far Away'

So there you have it. A mere handful of the chaos that Scuzz unleashed upon the world.

To all involved, you were soldiers and you fought with honour.

popular
Very popular US fast food chain planning to open in Ireland
20 years ago, one of the best sci-fi movies of the 21st century was a box-office bomb
Katherine Ryan says famous TV star is a ‘predator’ and everyone in industry knows
The JOE Movie Quiz: Week 181
Surprise frontrunner emerges as potential next James Bond as producers 'love him'
QUIZ: Only the sharpest will get 100% in this General Knowledge test
QUIZ: JOE's Big News Of The Day Quiz #19
You may also like
3 days ago
TG4 reveals full line-up of movies airing over Christmas and New Year's
4 days ago
All of the big new Netflix movies and shows arriving in December
5 days ago
You can watch Netflix's new heist series NINE MILLION different ways
5 days ago
The White Lotus Season 2 characters we'd least want to spend a week in Sicily with
5 days ago
Where to stream the "most-watched TV show of 2022" in Ireland
1 week ago
Prime Video has just quietly added 16 interesting movies to its library
Next Page