The Derry native on problematic lyrics, mental health, and her exciting new album.

Beneath a heavily overcast sky, above the River Liffey, a flock of seagulls (not the band, sadly) circle about in an ominous wave.

Worryingly low for comfort as a midday crowd bustles accordingly about the quays, the birds are darting now, the sky darkening.

END_OF_DOCUMENT_TOKEN_TO_BE_REPLACED

Fitting, then, that JOE is en route to a quiet spot to learn more about an album by the name of Grim Town.

The artist behind it; softly-spoken Derry native Bridie Monds-Watson, aka SOAK.

Adopting her moniker at 13, she broke through a few years later, seemingly full-formed, blessed with charm, compassion, new ideas, and an old soul.

Her brand of acoustic-driven exploration struck a chord - teenage dreams clashing with mundane realities, married by the murky haze that lies between.

END_OF_DOCUMENT_TOKEN_TO_BE_REPLACED

At the heart of the matter; a beautifully bruised voice, one that reached for miles and miles. The requisite buzz was built, and debut album Before We Forgot How to Dream arrived in 2015 on a cloud of critical acclaim and eventual accolades.

Still very much in her formative years, Monds-Watson would take home both the Choice Music Prize and the Northern Ireland Music Prize at the first time of asking.

Then, for the most part, she sank into shadows. Four years can be a long time between your first and second record, particularly when a wave of success courts pressure.

In that time, she toured hard, burned out, decamped to Manchester, and found more of herself.

END_OF_DOCUMENT_TOKEN_TO_BE_REPLACED

There have been dark times, and there has been that pressure to perhaps mechanically develop into something that she is not, but the SOAK that sits opposite this writer in Dublin's Library Bar on a greying Monday afternoon has the air of a victor.

Grim Town, despite its title, is a vibrant, forward-moving jigsaw of an album that creates a world both familiar and other, anchored by the imagery of an eventful train journey, the destination at once clear yet ambiguous.

She's good at the juxtaposition thing. If the debut LP felt like a room in a disintegrating building, Grim Town as, well, a town seems obvious; it goes beyond that, over high walls, under bridges, pouring light through difficult alleyways, bouncing off of skyscrapers, containing emotions while freeing others.

"I kind of went through a really dark and depressive stage of my life, and the best way for me to process that was to talk about music," she says, reflecting on Grim Town's themes.

"I did that with my first album as well, and I guess this is an extension of that. How the story continues is that my life goes on.

"The whole concept behind it is this being a ‘life trainee’ - I’ve come to use the term, leaving your teenage years and learning how to become an adult, what that’s about, learning this whole new world of expectation and how to manage that and ease into it, with all of my friends doing the same thing.

"It felt like some kind of life crisis, or identity crisis," the 23-year-old continues.

"The best way for me to try and understand all of that was to make an album and say it all there."

As she notes, Grim Town is a state of mind, a deliberate "sonic dystopia" of her brain, one that could be extracted and held aloft to study. A great ambition, met well.

Getting there required treating said brain as its own unique location. Achieving this in the face of restlessness made its own kind of strange sense.

"It felt natural to convey that into emotion and to have the album as a journey… which sounds shit, like, ‘Oh, it’s a journey’, because it’s not spiritual - it begins with a train sequence to load you, literally, into the location, and you leave the town on a train, as well, metaphorically.

"In my brain, that’s what it feels like; a train that’s just constantly going. I suffer anxiety a lot, so things like that and overthinking - all those elements just come together in the form of a train."

On a day and a week like this one, the train is a conveyor belt of interviews, many of them, this one included, asking the same question.

Yes, she's quite fond of Derry Girls, endorsing its "heartwarming" status as a show that has put Irish colloquialisms and her hometown on the map. 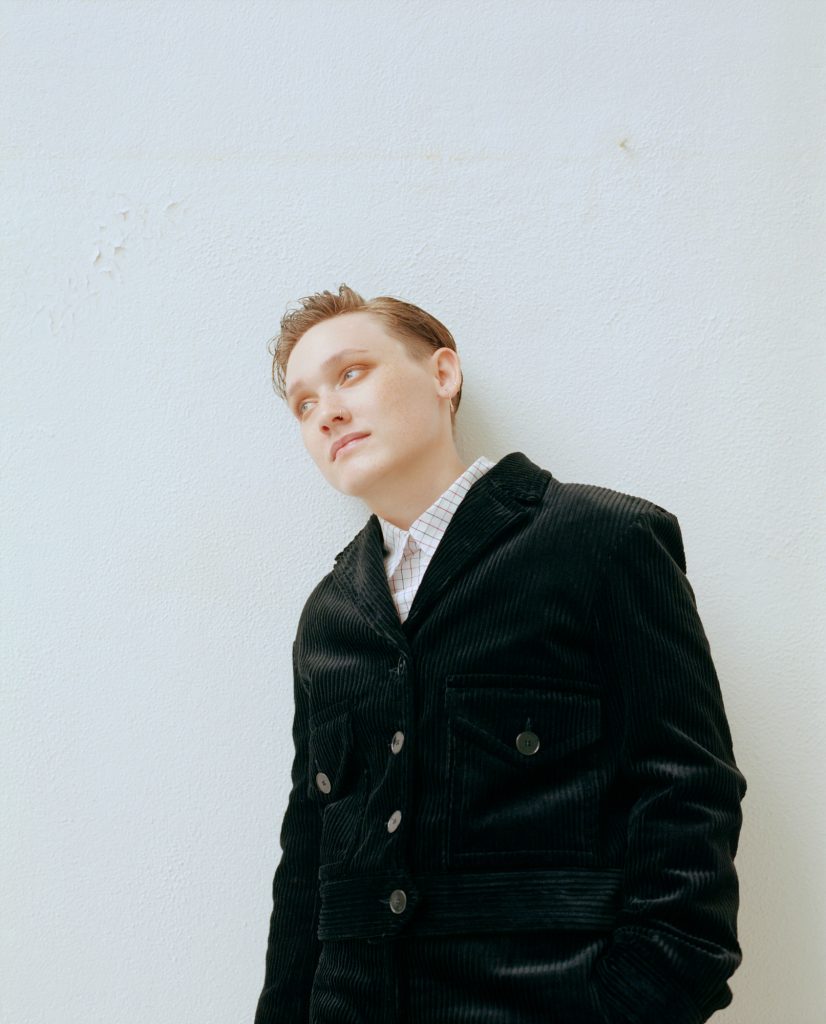 Derry remains a troubled place, however.

A fortnight after this interview was conducted, 29-year-old journalist Lyra McKee was murdered in the most senseless and cowardly of circumstances.

The shock of McKee's death is still being felt, and will likely resonate for some time, far beyond Derry. Inside the city, before and after, a great many people are afflicted.

Suicide rates in Northern Ireland have vastly increased in recent years, with Derry cited as one of the worst areas affected.

"There’s multiple issues in terms of opportunities - I can only speak from my experience, and all the people that I know that have moved about because of being in an opportunity-less situation," says Monds-Watson.

"I think it’s just natural with a lot of rural areas and small towns, or small cities, as I guess Derry is. That’s a downward spiral; if you don’t have a job to go to, there are a lot of other things that may take up your time.

"Ultimately, there’s not much support for mental health and that’s the ultimatum - the stigma, for men, especially, the whole ‘boys don’t cry’ thing is also high up there - as it is, I guess, in the world, but it’s definitely noticeable up there."

Returning home recently, she has noticed an increase in support and awareness, a bid to counteract a difficult problem, but believes that more can be done.

It's a strange time to be where and who she is. At 23, with a young audience who view SOAK as a role model, maybe even a hero of sorts, she knows that there's a certain degree of responsibility on her shoulders.

In January, pop megastar The Weeknd featured on 'Lost in the Fire', a song by French DJ Gesaffelstein.

The Weeknd's raison d'être is to depict sex of an especially jaded, combative, and depressing flavour, as his persona either causes, or is stricken by, ugly and hollow heartbreak.

He's really good at it. Or, he was, anyway. A deliberate pivot to global stardom has resulted in severe blunting, the stories of excess now familiar, watered-down, and, in cases such as 'Lost in the Fire', eye-rolling and outright questionable.

Shortly after the song's release, SOAK was among many calling out a section in which The Weeknd detailed a typically Weeknd-esque encounter in which the lines of sexual identity and politics are blurred in the clumsiest of fashions:

"I was just angry," she recalls. "I’m just angry with people in general using LGBT culture to get an edge on their work and make something about it provocative.

"It’s not, it just makes you a dick. There’s no winning in that situation, it just makes you come off as an ignorant, ignorant person. What he’s saying in his songs, and because it’s The Weeknd and he’s so successful, he gets away with it. Not many people noticed.

"I mean, what he's kind of promoting there is rape culture, essentially when it comes down to it. He’s kind of saying, ‘I won’t have sex with you until you’re straight’, which is concerning in what seems to be a situation where it’s not in any way relayed back and forth between the people.

"I think it’s horrific and actually scary, especially with someone who is such a huge influence to so many people."

Unforgiving barbs from The Weeknd fans arrived, of course.

"I was shocked at the amount of hate that I received off the back of it," she says.

"Not that that scares me, but more so it was worrying that people’s responses were so clueless to what I was trying to call out. ‘Oh, The Weeknd has always sang about innuendo and different sexual politics’, but I don’t know.

"I was going a bit crazy trying to get where these people were coming from. I guess that’s the power of such a popular artist."

It kind of just comes down to having cop on, regardless of your level of status. Nobody chooses to be role model, but it happens.

"It just comes with the territory," she nods.

"But I think decent people just recognise that. If you have an audience, why would you want to feed them shit?

"I know that I have a young audience. When I do interviews and say things, I want to make sure I’m representing myself as accurately as I can and ultimately putting a good message across and trying to not force hate or share that kind of negativity.

"It comes down to character and recognising what you have, and trying to be a decent human and not a dick."

Grim Town is out now.

SOAK plays Live at St. Luke's in Cork on 28 May, Dolan's in Limerick on 29 May, The Button Factory, Dublin on 30 May and The Glassworks in Derry on 31 May.