Stage times for the concert have also been released.

As we're sure you're aware, the Spice Gilrs are coming to Croke Park this Friday (24 May), and fans are starting to make their preparations.

And if you are heading along, here is some important information you're going to need to know. 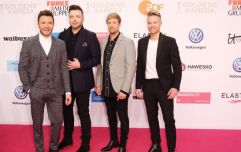 END_OF_DOCUMENT_TOKEN_TO_BE_REPLACED

The stage times have been announced, with doors opening at 6pm, Jess Glynne coming out at 7pm, and the Spice Girls themselves gracing the stage at 8.15pm.

It has also been revealed that no queuing will be permitted before the gates have opened, and that there will be no storage facilities at the venue.

A list of items that are prohibited from the concert has also been released; leave those tridents at home, folks.

But really, what is the point in going to a Spice Girls concert if you can't bring your trident?

Those attending the concert have been told to allow for at least an extra two hours travel time to and from the venue.

popular
The JOE Friday Pub Quiz: Week 242
Kate O'Connell lays into Fine Gael in explosive Claire Byrne interview
Penneys shopping by appointment booking portal is now live
Status yellow rain warning issued for Cork and Waterford ahead of miserable-looking weekend
Brawl erupts between Floyd Mayweather and Jake Paul at press conference
Sunday Independent terminates columnist's contract after discovering fake Twitter account
COMPETITION: Win a star-gazing camping adventure to the stunning Aran Islands for you and your housemate
You may also like
4 months ago
Eir's 5G network now available to 53% of the country
1 year ago
Croke Park to be used as drive-through Covid-19 test facility
1 year ago
Dozens of Ireland's best landmarks to have free entry for first ever Tourism Day
1 year ago
An epic 7-day video game event is coming to Croke Park this September
2 years ago
One of Westlife's Croke Park gigs will be screened live in cinemas
2 years ago
COMPETITION: Win two tickets to the GAA National League Finals and a pair of jerseys
Next Page