Grime rapper Stormzy has given the Daily Mail a piece of his mind after it published a story reporting that grime music glorifies the use of cannabis, and has led to an increase in the drug's usage.

The article cited cannabis researcher Iain Hamilton at the University of York, and reported that Hamilton said that references to cannabis in grime music amounted to "essentially product placement." The article also mentions several rappers by name, including Stormzy, Kano and Wiley.

Unsurprisingly, Stormzy didn't take kindly to the tone of the piece and let the Daily Mail know exactly where they could go. 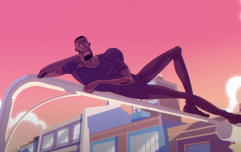 END_OF_DOCUMENT_TOKEN_TO_BE_REPLACED

He wrote "White rockstars (and pop stars) have been sniffing coke and taking MDMA and singing about it since the beginning of music just admit you’re anti-black and fuck off you tramps."

He then went one better and wrote "Imagine raising your child, loving and nurturing them. Sending them off to school and then uni for them to grow up and then get a job working for the fucking Daily Mail. Embarrassing."

The Big Reviewski || JOE · Shane MacGowan snarls & stars in this new documentary from Julien Temple
popular
Harry Styles hits back at critics who told him to be more 'manly'
The JOE Friday Pub Quiz: Week 220
The 50 most iconic songs of all time* have been revealed
The JOE Movie Quiz: Week 80
What the hell is 'Stomp and Holler', and why does Spotify insist that you love it?
Here's Week 58 of JOE's 19 in 90 quickfire quiz
PICS: The man with the biggest penis in the world has one unbelievable problem with it
You may also like
9 months ago
Artists like Dave and Stormzy are leaving a legacy that no other modern artist can compare to
11 months ago
WATCH: Stormzy faces his toughest interview yet - primary school children
11 months ago
Stormzy has just added another 3Arena date due to phenomenal demand
1 year ago
Stormzy announces Dublin show next year
1 year ago
WATCH: Stormzy's live cover of Lewis Capaldi's 'Someone You Loved' is incredible
1 year ago
Stormzy pays tribute to Irish fans after Longitude headliner
Next Page