An incredible talent, may he rest in peace.

Foo Fighters drummer Taylor Hawkins has passed away at the age of 50.

Hawkins' death was confirmed by Foo Fighters via an official statement released at around 3am Irish time on Saturday morning, 26 March. 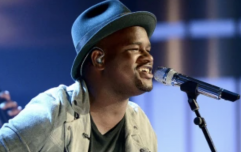 END_OF_DOCUMENT_TOKEN_TO_BE_REPLACED

The band were present in Bogotá, Colombia as part of their South American tour.

"The Foo Fighters family is devastated by the tragic and untimely loss of our beloved Taylor Hawkins," the statement reads.

"His musical spirit and infectious laughter will live with us forever.

"Our hearts go out to his wife, children, and family, and we ask that their privacy be treated with the utmost respect in this unimaginably difficult time."

A cause of death has not been disclosed at this time.

Known for his boundless charisma, relentless energy behind the drum kit and seemingly always having a smile on his face, Hawkins quickly established himself as one of the most exciting drummers in rock music after joining Foo Fighters in 1997. 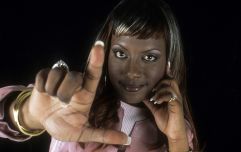 END_OF_DOCUMENT_TOKEN_TO_BE_REPLACED

It's one thing to have to hold your own in the same band as an already revered drumming legend in Dave Grohl, but Hawkins went the extra mile, emerging as a beloved and innovative force of nature over the course of his career.

Hawkins was inducted into the Rock and Roll Hall of Fame alongside Foo Fighters in 2021.

Tributes have poured in for Hawkins from all corners of the musical globe, with the likes of Brian May, Ozzy Osbourne, Miley Cyrus, Tom Morello and many more paying their respects.

God bless you Taylor Hawkins. I loved your spirit and your unstoppable rock power. Rest In Peace my friend. pic.twitter.com/AkiRLF2L3e

. @TaylorHawkins was truly a great person and an amazing musician. My heart, my love and my condolences go out to his wife, his children, his family, his band and his fans. See you on the other side - Ozzy

Taylor Hawkins was a terrific drummer with a gorgeous disposition, seemed always to be having the time of his life. I didn't know him well but I know music is lessened by his passing, made duller and smaller. Requiescat.
🎈

Taylor Hawkins 1972-2022.
Our deepest sympathies to Taylor’s family, his fans, and of course his band. pic.twitter.com/qlEaQK0uui