Some absolute bangers in there.

U2 are set to release 'a collection of 40 seminal' tracks from their back catalogue, on Friday March 17.

The idea behind Songs of Surrender is Bono, Edge, Larry Mullen and Adam Clayton going back, over two years, to re-record and re-imagine some of their best-known tracks and personal favourites. Some songs will have new arrangements and even new lyrics.

END_OF_DOCUMENT_TOKEN_TO_BE_REPLACED

The first track to be made available from this brand new set of recordings is ‘Pride (In The Name Of Love)’ - listen HERE.

The Edge is one of the driving forces behind the project. Named as the album's curator and producer, the famed guitarist said:

"Music allows you to time travel, and we became curious to find out what it would be like to bring our early songs back with us to the present day and give them the benefit, or otherwise, of a 21st century reimagining.

"What started out as an experiment quickly developed into a personal obsession as so many of our songs yielded to a new interpretation. Intimacy replaced post punk urgency. New tempos, new keys, and in some cases new chords and new lyrics arrived. A great song, it turns out is kind of indestructible.

"The process of selecting which songs to revisit started with a series of demos. I looked at how a song would hang together if all but the bare essential elements were taken away. The other main aim was to find ways to bring intimacy into the songs, as most of them were originally written with live concert performance in mind." 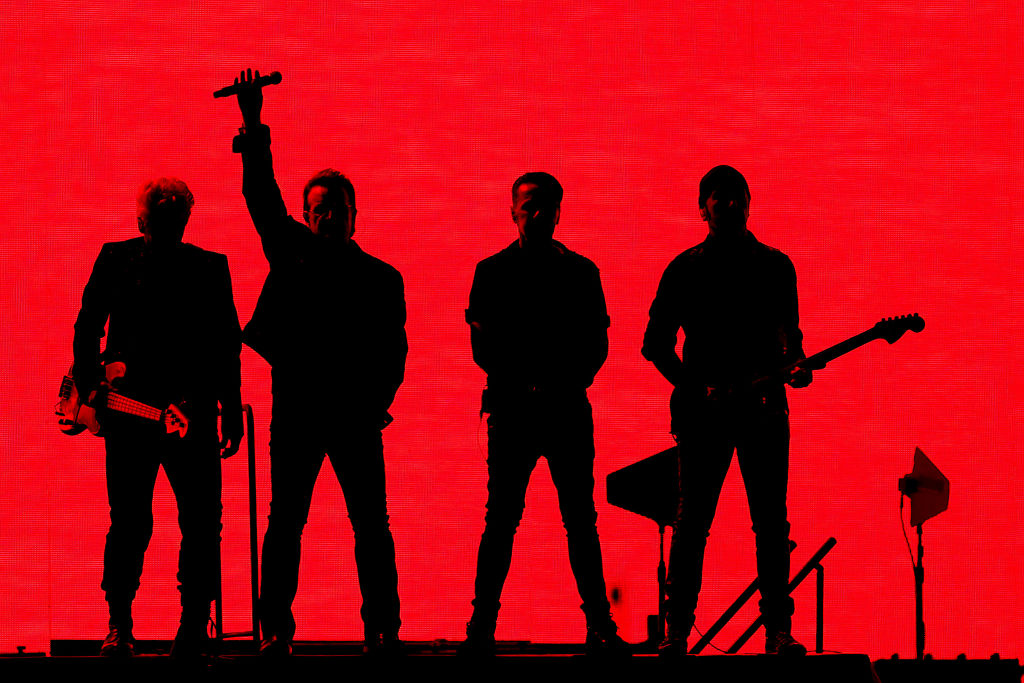 Bono, The Edge, Larry Mullen Jr. and Adam Clayton of U2 perform at the SCG in November  2019. (Photo by Mark Metcalfe/Getty Images)

Each album named after band member

The Edge has described the new U2 compilation as 'four distinct albums'. Below is the complete Songs Of Surrender track listing is: