Over 300 drivers caught speeding on National Slow Down Day

One driver in particular was found to be going at a dangerously high speed.

National Slow Down Day took place over a 24 hour period, from 7am on Friday 24 May to 7am on Satuday 25 May, and across that time, An Garda Síochána took part in checking the speeds of almost 200,000 vehicles.

Of those vehicles, 304 were found to be travelling in excess of acceptable speed limits, with some going at dangerously high speeds for the roads they were on.

END_OF_DOCUMENT_TOKEN_TO_BE_REPLACED

Some of the notable detections over the 24 hour period included:

Chief Superintendent Paul Cleary, of the Roads Policing Bureau said "We would like to thank the 195,768 drivers who were found to be compliant and drove within the speed limit and would encourage all drivers to drive safely, comply with and respect speed limits. 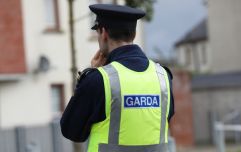 END_OF_DOCUMENT_TOKEN_TO_BE_REPLACED

"I would like to thank the Road Safety Authority and all the organisations who were involved in and supported this campaign. Drivers, please, think about the consequences of speeding the next time you get behind the wheel and reduce your speed accordingly."

popular
Woman killed in Clare crash named as Peggy Twomey, mother of Marty Morrissey
These are the most generous counties in Ireland, according to GoFundMe
Man in his 70s dies following two vehicle collision in Galway
Schools and third level institutions to remain closed in counties affected by orange or red weather warnings
Amazon Prime Video has quietly added 8 big new movies to its library
A fun action flick with Nicolas Cage is among the movies on TV tonight
The Guinness Storehouse has gone all out for the Christmas festivities and it sounds absolutely magical
You may also like
9 months ago
Two men arrested in Gardaí probe into bogus tradesmen
9 months ago
Three gardaí injured, one hospitalised after anti-lockdown protest in Dublin
11 months ago
Further Garda checkpoints to begin on Thursday morning
1 year ago
Gardaí will increase its focus on large groups in public spaces
1 year ago
"High visibility" Garda operation to commence from tomorrow morning
1 year ago
Murdered Garda detective named as Colm Horkan
Next Page