This will relieve pressure in the capital.

Analysis conducted by Savills Hotel and Leisure division shows that more than 3,000 new rooms are scheduled to be built in Dublin in the next three years.

Currently, there are approximately 19,000 hotel rooms in the capital and the construction of 3,000 more would amount to an increase in supply of around 15%. 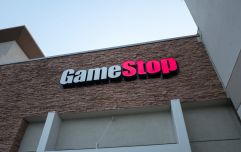 END_OF_DOCUMENT_TOKEN_TO_BE_REPLACED

According to the report, 55% of new bedrooms will come from new hotels in 2018 while extensions to existing hotels will make up the other 45%.

The Savills Hotels and Leisure division, examined hotels that are in the planning process, have received planning approval, or are currently under construction.

The majority of planned development in 2018 /19 will take place in the central locations of Dublin 1 and 2, followed by Dublin 8 and Dublin Airport.

“Most Dublin hotels trade in both the leisure and corporate markets and hotel development is also targeted at both markets. The 2018/19 pipeline will bring new supply to the Aparthotel and Budget sectors, which are currently under-represented in Dublin.”

Hotels currently under construction include:

Developments are being considered and progressed by the likes of:

The announcement comes a week after reports from hotel market data experts, STR, found that there was an increase of 5.5% in Dublin since 2016 for the daily rate of a room, which averages at €129.04.

House of Rugby Ireland · Ireland's feel-good win, Casey's initiation song, scrapping Sexton and Scott Williams interview
popular
Eoghan McDermott to leave RTÉ after six years (Report)
QUIZ: Can you answer all the £1 million questions from Who Wants to be a Millionaire?
€17,500 worth of cocaine found at street party in Limerick
Sony are giving away a free game to all PS4 and PS5 owners
One man has been charged following Limerick street party, 50 FPNs issued
WATCH: Michael B. Jordan leads Jack Ryan spin-off Without Remorse
One of the most fertile men in Ireland is a guest on tonight's Claire Byrne Live
You may also like
1 month ago
Amazon set to open first fulfilment centre in Ireland (Report)
6 months ago
"We'll be building in Ireland for the first time, next year" - Major solar power project set for Cobh
8 months ago
Half of restaurants in Ireland will close without emergency aid package, restaurants association warns
8 months ago
Freshly-brewed Guinness to be delivered to over 10,000 pubs in Ireland in the coming weeks
9 months ago
Revolut launches Revolut Junior to tailor for 7-17 year olds
10 months ago
Debenhams workers to stage protests at six Irish stores over treatment by the company
Next Page