The verdict has been announced.

Harvey Weinstein has been found guilty on two counts in his recent criminal trial, first-degree sexual assault and third-degree rape.

Weinstein, 67, was found not guilty of two counts of predatory sexual assault charges for which he had faced a possible life sentence in prison. 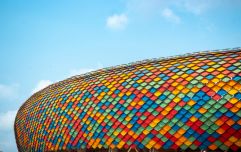 END_OF_DOCUMENT_TOKEN_TO_BE_REPLACED

He also was acquitted of first-degree rape in a Manhattan courtroom.

A jury of 12 men and women convicted the former movie mogul after they found him guilty on two of the five potential criminal charges he faced in his trial.

Weinstein has been convicted of criminal sexual assault in the first-degree, and rape in the third-degree.

The verdict was announced on Monday after the jury spent five days deliberating on his fate.

The first-degree charge could see the Miramax co-founder face up to 25 years in prison, with a minimum of four years. The third-degree rape count could bring up to four years in prison, though probation on that count is possible.

Weinstein will be sentenced at a later date.

During his time as a film executive, Weinstein produced films such as Pulp Fiction and Shakespeare in Love. The films he was involved with amassed a total of 81 Oscars.

popular
Amazon Prime Video has just added 16 big movies to its library
13 reasons why an employer can decline your right to remote working under new legislation
UCD students provided with €30 gift voucher after toilets were contaminated with wastewater
Neil Young wants Spotify to remove his music because of Joe Rogan podcast
QUIZ: We bet you can't get full marks in this extremely frustrating geography quiz
Bono is at the centre of one of 2022's most emotional cinematic moment
Prince's team stop Nothing Compares 2 U being used in new Sinead O'Connor doc
You may also like
1 day ago
Two men in their 20s arrested after car discovered on fire in Carlow
1 day ago
Man dies after being swept out to sea off Clare coast
2 days ago
Gardaí appealing for witnesses in relation to alleged assaults in Sligo
2 days ago
Woman hospitalised following stag attack in Kerry
2 days ago
Gardaí arrest man in connection with drugs worth €1.4 million found in fridge
2 days ago
Two pedestrians injured in separate road traffic collisions in Dublin
Next Page