A strong statement from a number of UK's top political parties.

A joint statement from the Labour Party, the Scottish National Party, Plaid Cymru, the Lib Dems, the Green Party and the Independent Group for Change has condemned Boris Johnson's recent actions.

The statement condemns Boris Johnson's suspension of parliament until 14 October that was announced on Wednesday. 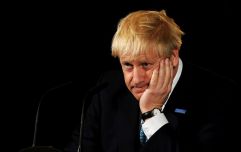 END_OF_DOCUMENT_TOKEN_TO_BE_REPLACED

The statement was released by Jeremy Corbyn on Twitter, and it said that "There is no mandate from the Public for a damaging No Deal Brexit. The Prime Minister is shutting down Parliament with the sole aim of stopping MPs from avoiding a No Deal Brexit."

It also describes the decision as "undemocratic", while also saying: "It is our view that there is a majority in the House of Commons that does not support this prorogation, and we demand that the Prime Minister reverses this decision immediately or allows MPs to vote on whether there should be one."

You can read the statement in full here:

A joint statement from @UKLabour, @theSNP, @LibDems, @Plaid_Cymru, @ForChange_Now and @TheGreenParty as we work together to stop Boris Johnson's smash and grab on democracy: pic.twitter.com/e8fd2uSstS

Johnson is yet to respond the statement in any way.

This news comes roughly 24 hours after well over a million people signed a petition to protest Johnson's decision.

The Big Reviewski || JOE · M. Night Shyamalan, Alex Wolff & Thomasin McKenzie talk about their new creepy thriller Old
popular
Gardaí investigating assault allegations after incident in Temple Bar
Dublin cinema named best cinema in all of UK and Ireland
It’s official, Irish people have one of the best chances of surviving an apocalypse
Met Éireann issues weather warning for three counties ahead of arrival of Storm Evert
Michael D Higgins raises concern over having to consider high volumes of legislation in short time frames
The 50 most iconic songs of all time* have been revealed
People think they've figured out the ranking of the viewers on your Instagram Stories
You may also like
1 week ago
Anti-lockdown protesters in England demand end to lockdown on day lockdown ends
3 weeks ago
Boris Johnson hits back at claims that full UK reopening will lead to chaos - "it takes a great deal of leadership to get things done"
1 month ago
Dominic Cummings reveals "texts from Boris" calling Matt Hancock "f**king hopeless"
1 month ago
Boris Johnson confirms UK coronavirus restrictions to be extended until 19 July
1 month ago
Boris Johnson and Joe Biden committed to protecting the Good Friday Agreement
1 month ago
Joe Biden hits out at Boris Johnson for "inflaming" Irish tensions
Next Page