The accusations date back to 2017, when Hammer was dating a woman whilst still married.

According to an account given by the alleged victim, Armie Hammer sexually assaulted the woman known as Effie for four hours as he carried out several "violent acts".

Hammer briefly dated Effie back in 2017, when he was still married to his ex-wife, Elizabeth Chambers. In a recent press conference conducted over Zoom, she described how Hammer “repeatedly slammed” her face against a wall and that she “thought he was going to kill me”. 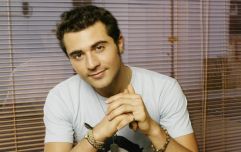 END_OF_DOCUMENT_TOKEN_TO_BE_REPLACED

Effie and her attorney stated that there are no current plans to file a lawsuit against the actor. Regardless, Hammer is still being investigated by authorities and images of the injuries she is believed to have sustained as a result were shared during the press conference.

Hammer's lawyer has responded by sending images of text messages between the two. The messages are believed to detail how Effie suggested the two engage in a form of "extreme sex" back in July 2020. However, the screenshots sent are undated, so it has not yet been verified if they were sent before or after the supposed attack.

Hammer states that "all of his interactions with [Effie] – and every other sexual partner of his for that matter – have been completely consensual, discussed and agreed upon in advance, and mutually participatory" according to his lawyer.

The statement goes on to say that "[Her] attention-seeking and ill-advised legal bid will only make it more difficult for real victims of sexual violence to get the justice they deserve”.

END_OF_DOCUMENT_TOKEN_TO_BE_REPLACED

Information regarding Hammer's sexual habits has been discussed before. Ex-girlfriend, Paige Lorenze, recently spoke to Vanity Fair over concerns surrounding an extreme relationship between the two.

She said: "You never know what you’re going to get with him" and that "he’s kind of a scary person".

Once again, Hammer's official response was that all sexual interactions were consensual and "mutually participatory".

Woman dies and four others injured after crash in Mayo

END_OF_DOCUMENT_TOKEN_TO_BE_REPLACED

Hammer’s lawyer argued that "the stories perpetuated on social media were designed to be salacious in an effort to harm Mr Hammer, but that does not make them true”.

Hammer and his ex-wife divorced in July 2020; he has also dropped out of upcoming projects, Shotgun Wedding and The Offer, after saying that what he described as "bullshit claims" prompted him to want to spend more time with his family.