Adidas has come under heavy criticism following a recent social media campaign which inadvertently led to the sportswear company tweeting out racist and abusive terms to hundreds of thousands of followers.

The company ran a social media campaign on Monday aimed at promoting a new Arsenal jersey, which created customised images of the new jersey with the Twitter usernames of anyone who liked a previous tweet. 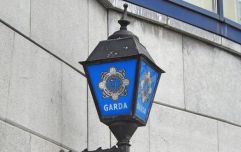 END_OF_DOCUMENT_TOKEN_TO_BE_REPLACED

This resulted in Adidas' UK account publishing a number of extremely offensive tweets.

A number of the tweets included the n-word, as well as references to the Holocaust, the Hillsborough tragedy, and Madeleine McCann.

An Adidas spokesperson told CNN: "As part of our partnership launch with Arsenal we have been made aware of the abuse of a Twitter personalisation mechanic created to allow excited fans to get their name on the back of the new jersey.

"Due to a small minority creating offensive versions of this we have immediately turned off the functionality and the Twitter team will be investigating."