This will give a lot of people a new excuse as to why they haven't matured yet.

The term "grow up" is about to have a brand new meaning.

Why? Because people don't become fully "adult" until they're in their 30s, according to a new report by brain scientists in the UK, that's why. 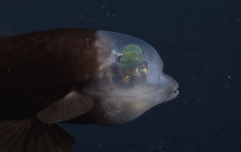 END_OF_DOCUMENT_TOKEN_TO_BE_REPLACED

In Ireland, as is the case elsewhere, people technically become an adult at 18, but this report suggests that our brains are not fully matured for a number of years after that.

New studies claim that the human brain is wired and reshaped throughout much of a person’s life, and that it isn't fully formed until an older age than is often believed.

The research suggests people aged 18 are still going through changes in the brain which can affect behaviour and make them more likely to develop mental health disorders.

Speaking about the findings, professor Peter Jones, from Cambridge University, told the BBC: "What we're really saying is that to have a definition of when you move from childhood to adulthood looks increasingly absurd.

"It's a much more nuanced transition that takes place over three decades."

He added: "I guess systems like the education system, the health system and the legal system make it convenient for themselves by having definitions."

Professor Jones says he also believes experienced criminal judges should recognise the difference between a 19-year-old defendant and a "hardened criminal" in their late 30s. 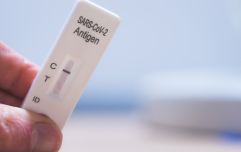 Biologist explains how you could be doing your antigen test wrong

END_OF_DOCUMENT_TOKEN_TO_BE_REPLACED

"I think the system is adapting to what's hiding in plain sight, that people don't like (the idea of) a caterpillar turning into a butterfly," he added.

"There isn't a childhood and then an adulthood. People are on a pathway, they're on a trajectory."

popular
That Nic Cage film everyone is talking about is finally available to watch at home
Location of winning Lotto jackpot ticket worth €19.06 million confirmed
The new film from the creators of South Park is going to get some big reactions
The JOE Movie Quiz: Week 137
Put the pedal to the metal with this General Knowledge Quiz
One of Ryan Gosling's best performances is among the movies on TV tonight
The JOE Friday Pub Quiz: Week 277
You may also like
4 months ago
QUIZ: Can you get 15 out of 15 in this tricky science quiz?
7 months ago
Dogs can detect Covid in under a second
2 years ago
Scientists have presented a "viable theory" that explains the Loch Ness Monster
2 years ago
Young people are growing horns on their skulls due to using their phones too much
2 years ago
Scientists tracking asteroid with 1 in 7,000 chance of hitting Earth this September
2 years ago
New study discovers marriage helps men live longer, but causes women to die younger
Next Page