A deadline of 28 October has been given.

The staff of Air Berlin have been told to start seeking jobs elsewhere as flights operated by the insolvent German carrier will end by 28 October.

The airline filed for insolvency in August and since then, a government loan is keeping the company flying in order to give Air Berlin time to negotiate with investors for parts of the business. 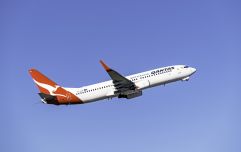 END_OF_DOCUMENT_TOKEN_TO_BE_REPLACED

Those who are said to be interested in the airline are Lufthansa and easyJet.

In a statement, the airline confirmed that once a deal has been agreed, "the company must end its own operations step by step."

Currently, most of Air Berlin's long-haul flights have been cancelled and the company have said on their website that the remainder will end next week.

The move comes a month after Air Berlin was forced to cancel more than 100 of their planned 750 flights for one day because about 200 their 1,500 pilots had called in sick.

At the time Frank Kebekus, the company’s chief representative, said that the "events seriously endanger the entire insolvency proceedings under self-administration."

It will be the second airline to cease flights in a week after Monarch Airlines, the fifth largest airline in the UK, confirmed that some of their companies had ceased trading and now entered administration.

According to Reuters, Air Berlin had told its staff today (9 October) that they would not all find jobs with potential buyers of its assets and that they should start looking for jobs.

Eurowings, which is a German low-cost airline, has already opened up vacancies for 1,000-plus pilots, cabin crew and ground staff and would be open to taking applications from Air Berlin staff.

popular
The JOE Friday Pub Quiz: Week 243
The original cast for The Fast & The Furious was going to be very, very different
Here are the best movies on TV this evening
Gardaí unveil new all-terrain frontline patrol vehicles for border counties
QUIZ: How many of these characters from The Simpsons can you name?
Thunderstorm warning issued for eight counties
Portobello Plaza will be closed this weekend due to "completely unacceptable" behaviour in recent weeks
You may also like
9 months ago
This is what the future of airline travel could look like in a post-pandemic world
10 months ago
TD calls for flight advertisements to carry health warnings
10 months ago
Ryanair promises 90% of customer refunds will be processed by the end of July
11 months ago
Mandatory face masks amongst new Aer Lingus safety measures for passengers and crew
1 year ago
First year-round direct Ireland to Egypt service launches this summer
1 year ago
Several Aer Lingus and Ryanair flights cancelled due to strike action in France
Next Page