While Ireland is set to for a particular cold and winter-y week ahead, things could be worse. 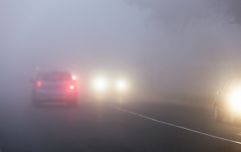 END_OF_DOCUMENT_TOKEN_TO_BE_REPLACED

Forecasters are predicting that Chicago will see a high of -11 degrees, making it one of the coldest day on record in the States.

AccuWeather (via USA Today) are really attempting to hammer home just how different this cold snap is going to be compared to what has come before:

"Some locations in the Midwest will be below zero continuously for 48-72 hours. I cannot stress how dangerously cold it will be. An entire generation has gone by without experiencing this type of cold."

The US National Weather service have issued an even scarier warning, stating that the Polar Vortex is set to bring "the coldest air many of us will have ever experienced," while also cautioning for people to "avoid taking deep breaths, and minimize talking" while outside.

Yep, it is going to so cold that people are being warned not to breath in the cold air too much.

Additionally, Chicago's CBS News have put together a comparison for what the locals there can expect, when compared to what you might consider to be the coldest parts of the planet:

"The South Pole is expected to reach a high temperature of 4 below zero on Wednesday. 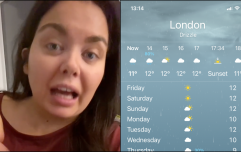 END_OF_DOCUMENT_TOKEN_TO_BE_REPLACED

"Barrow, Alaska, the northernmost point in the United States, located above the Arctic Circle, will be 7 below zero.

"Zackenberg Station, Greenland, which is also north of the Arctic Circle, will be 11 below.

"While there is no weather station on the summit of Mount Everest, you would certainly expect even the base camp would be colder than Chicago, given it’s at an elevation of more than 17,000 feet above sea level. No such luck. They’re expecting a high of 30 on Wednesday."

So if you know anyone in the area, or if you're planning a little trip over to the States yourself, make sure to wrap up warm!

House of Rugby Ireland · Ireland's feel-good win, Casey's initiation song, scrapping Sexton and Scott Williams interview
popular
Eoghan McDermott to leave RTÉ after six years (Report)
QUIZ: Can you answer all the £1 million questions from Who Wants to be a Millionaire?
€17,500 worth of cocaine found at street party in Limerick
Sony are giving away a free game to all PS4 and PS5 owners
One man has been charged following Limerick street party, 50 FPNs issued
WATCH: Michael B. Jordan leads Jack Ryan spin-off Without Remorse
One of the most fertile men in Ireland is a guest on tonight's Claire Byrne Live
You may also like
1 week ago
Met Éireann issues weather warning for all of Ireland
1 week ago
Status Orange weather warning issued for four counties
1 week ago
Met Éireann issues two separate weather warnings for 15 counties
1 week ago
Status Yellow weather warning issued for three counties
1 week ago
Two separate weather warnings in effect as wind and rain sweeps Ireland
1 day ago
Ireland set to be part of potential 2030 World Cup bid
Next Page