The ashes of Mahatma Gandhi stolen on his 150th birthday

Gandhi is revered as the leader of the Indian independence movement.

Police in Rewa, central India, have confirmed that the ashes of Mahatma Gandhi have been stolen from the Bapu Bhawan memorial. It appears that a poster in the memorial was also defaced.

Those responsible wrote "traitor" in green paint across photographs of the independence leader, who was nominated for Nobel Peace Prize three times. 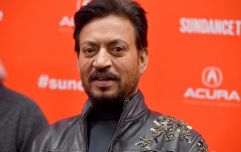 END_OF_DOCUMENT_TOKEN_TO_BE_REPLACED

Gandhi, whose 150th birthday would have been yesterday, is a hero to many in India, but is reviled by other members of the Hindu community for his advocacy of peace between Hindus and Muslims.

A caretaker for the memorial site told The Wire: "I opened the gate of the Bhawan early in the morning because it was Gandhi's birthday. When I returned at around 23:00, I found the mortal remains of Gandhi missing and his poster was defaced."

Gandhi was assassinated by an extremist in 1948.

popular
The JOE Movie Quiz: Week 80
The JOE Friday Pub Quiz: Week 220
Harry Styles hits back at critics who told him to be more 'manly'
9 weird and wonderful Irish Christmas traditions we absolutely love
The JOE Music Quiz: Week 36
Status Yellow snow warning issued for five counties
The 50 most iconic songs of all time* have been revealed
You may also like
11 months ago
Indian police shoot dead four men suspected of rape and murder
1 year ago
Four-year-old girl dies in freak kite accident
1 year ago
This is why the hashtag #BritishOccupiedIreland is trending on Twitter in India
1 year ago
Doctors find 526 teeth in boy's mouth in India
1 year ago
Over one million people evacuated as Cyclone Fani makes landfall in India
1 year ago
PICS: Indian army claims it has found Yeti footprints
Next Page