One of several incidents that police believe are connected to one another.

Detectives in Northern Ireland are appealing for witnesses following a number of incidents including the attempted theft of an ATM in Belfast this weekend.

At around 8pm on Saturday night (16 November), police received a report of an attempted ATM theft at Belfast City Hospital. 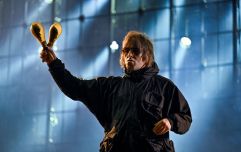 END_OF_DOCUMENT_TOKEN_TO_BE_REPLACED

The suspects are believed to have tried to remove the machine using chains attached to a black Audi car. This attempt proved unsuccessful and the suspects left empty-handed.

A short time later, police received reports of a black car ramming the shutters of a number of premises in the Argyle Business Centre on North Howard Street. A number of items were subsequently reported stolen including a trailer, a cash drawer and a hard drive from a CCTV system.

It was further reported that damage was caused to a premises on Boucher Crescent and Boucher Place when a car was used to force open the shutters.

Finally, shortly before 9pm, it was reported that a dark-coloured car reversed into the shutters of a business premises on the Moira Road in Lisburn. Entry was gained to the building and a quantity of power tools were stolen.

Detectives are investigating a link between all of these incidents and have appealed for anyone who witnessed the incidents or anyone with relevant information to contact them in Musgrave on 101 quoting reference 1534 16/11/19.

Detectives are particularly keen to hear from anyone who knows of the whereabouts of the black Audi estate car or who was travelling in it.

"The actions of those involved in these incidents are reckless and police would appeal to anyone who observes a black-coloured Audi estate car bearing damage to the bodywork to contact officers immediately by calling 999," notes a PSNI statement. 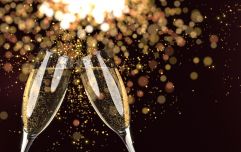 Wednesday's Lotto jackpot is the second highest of all time

END_OF_DOCUMENT_TOKEN_TO_BE_REPLACED

Alternatively, information can also be provided to the independent charity Crimestoppers on 0800 555 111.

On Saturday morning, an ATM and its contents were stolen in Dunleer, Louth.

It marked the latest in a long string of more than a dozen similar crimes in the past 18 months, targeting counties and towns near the border between the Republic of Ireland and the north.