"It’s not about fucking gender. It’s never been about gender."

Today FM's Fergal D'Arcy is giving JOE a piece of his mind.

Gender balance on Irish radio continues to be a fiercely-debated issue, with some calling for the introduction of quotas to bring about an equal share of male and female voices on the air. 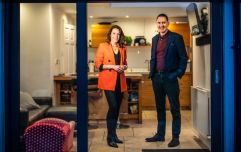 END_OF_DOCUMENT_TOKEN_TO_BE_REPLACED

The Off The Charts presenter, who started with Today FM in 2015, insists he has fought hard to reach his current position as a popular nationwide broadcaster, having climbed the radio ranks with determination and passion.

Still, there are those who might point to his prominent billing on Today FM as an example of gender inequality in action.

Asked if he ever feels like his success means that he's taking up a space that could be occupied by a female voice, D'Arcy is quick with an answer.

"I think that’s a bollocks question," he fires back.

"I’ll tell you the reason why. Not in the name of God would I think, ‘Fuck, I’ve taken this position off a lady', I definitely don’t think like that. I was brought up to believe that everyone is equal. I was taught that everyone should be treated the same.

"The job goes to the person who has deserved the job, the person who has worked hardest for it. I can tell you straight out that there are several fabulous female broadcasters out there that would definitely have been worth getting my job, and if they wanted it, they could have. But the job was offered to me - fair enough. That didn’t happen because Fergal is a boy; that happened because Fergal was in the right place at the right time. 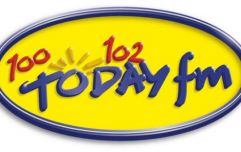 END_OF_DOCUMENT_TOKEN_TO_BE_REPLACED

"Would you say to them - ‘Well now Andrea, do you think that you got that job when maybe a fella should have gotten it?’ You wouldn’t say it. No way in your life would you say that to a girl. So we can’t live in this life of double standards.

D'Arcy reckons that his station gets a bad rap on the equality front.

"The ladies who work in Today FM are absolutely brilliant," he notes. 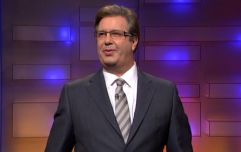 END_OF_DOCUMENT_TOKEN_TO_BE_REPLACED

"I work with the best female broadcasters in the country; Louise Duffy. Tara Harrison. Shelly Gray. Alison Curtis. You’ve got Shauna O’Reilly on the Breakfast Show, Maria Devereux with Dermot and Dave."

He brings up criticism that has come his way via forums and social media, arguable white noise that's maybe best avoided for someone in his position.

"This is what I’m saying, though! That’s the kind of shit that you read there. ‘Why did Fergal D’Arcy get that job? He’s from the country, he’s a man who got that job.’ And you’re just going, ‘What the fuck?’

D'Arcy details his own experiences to JOE:

Following his Last Word appearance, a listener would voice their displeasure.

"I got sent a tweet into my show, into the station, on Christmas week when we were doing shows trying to help people, shows that recognise people who are doing good in society.

"One person sends out a text and she says, ‘I can’t listen to Fergal D’Arcy since he was on The Last Word [because of] some of those comments he made.' I got on to Susan Keogh [Today FM newsreader] and I asked, ‘Susan, did I say anything wrong?'

"I went back and listened to the interview - I didn’t say one thing wrong. The sad thing about it is that there are people out there like that who just hop on the fucking bandwagon and have an opinion."

'Everyone has an opinion'

Isn't that the danger, though, when your voice reaches thousands every day?

"But if you have the attitude that I have, and I know that Dermot and Dave have - we’re not old-school DJs, we don’t talk down to people, we talk to people, we listen to people. That’s what we do. And, in fairness, I think anyone is worth that."

Swapping the studio for the stage

D'Arcy is set to swap out the studio for the stage when he takes to the Bord Gáis Energy Theatre from 23 - 27 January for Spamalot, a "borderline panto" musical that knowingly rips off Monty Python and the Holy Grail.

Though acting is more of a professional hobby for the Ballinasloe native, he feels no fear when stepping out in front of an audience, having done so since he was nine-years-old.

"I don’t think I’ve ever been nervous," he says. "It’s weird. Fear can blindside you every now and then, but the minute you go onstage you go into robot mode and just do it. You become someone totally different.

"I don’t mean like Christian Bale in American Psycho or anything, but from the minute I step out onto the stage, I am the character. I played St. Jimmy in American Idiot and I was a total horrible bastard. I remember thinking to myself - ‘Jesus Christ’ - but the whole thrill of being someone else for an hour is unbelievable."

Thankfully, D'Arcy can switch it off just as easy. The broadcaster is known for having a strong positive mental attitude.

"People can be cruel," he admits. "Haters are going to hate. You’ve got to accept that. You’ve got to. When it comes to working in media and in radio, you always have to have that positive mental attitude. The attitude of ‘I didn’t come this far to come this far’ - I’m going forward. It can’t be this attitude of, ‘Oh, everyone hates me’ - once you start thinking like that, you have defeated yourself."

Fergal D'Arcy was speaking to JOE ahead of his performance as Patsy in Spamalot, which runs from 23 - 27 January in the Bord Gáis Energy Theatre.

popular
PICS: The man with the biggest penis in the world has one unbelievable problem with it
The 50 most iconic songs of all time* have been revealed
Met Éireann issues weather warning for entire country ahead of week of thunder and flooding
People think they've figured out the ranking of the viewers on your Instagram Stories
CMO says it's "important to remember" infections in vaccinated people doesn't mean vaccines don't work
Leo Varadkar said he tried to be "extra careful" while attending Katherine Zappone's 50 person function at hotel
QUIZ: Test your all round wisdom with this general knowledge quiz
You may also like
1 year ago
Ivan Yates to retire from television and radio broadcasting
1 year ago
Brendan O'Connor to take over Marian Finucane's mid-morning weekend show
1 year ago
Christmas FM to return to the airwaves on 28 November
1 year ago
Greg O'Shea announced as new co-host for 2FM's Breakfast Show
1 year ago
Muireann O'Connell nominated for two IMRO awards two months after Today FM exit
2 years ago
The return of The Ryan Line on 2FM went down a treat with listeners
Next Page