It was the Sydney's first fatal shark attack in almost 60 years.

The swimmer who died after suffering 'catastrophic injuries' when he was mauled by a shark in Sydney has been identified as a British expat.

Simon Nellist was attacked by the 4.5 metre-long predator at Buchan Point, near Little Bay, in the east of the city at around 4.35pm local time on Wednesday (February 16). 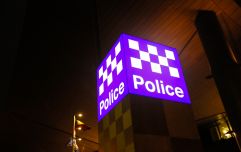 END_OF_DOCUMENT_TOKEN_TO_BE_REPLACED

The 35-year-old is believed to have grown up in the UK and was engaged to an Australian woman.

He worked as a diving instructor in the area and was training for a charity ocean swim when he was attacked.

It was the first fatal shark attack in the city since 1963. 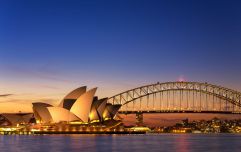 Australia to reopen to tourists later this month

END_OF_DOCUMENT_TOKEN_TO_BE_REPLACED

"The news hit us like a truck because he was one of the people who make this earth lighter.”

Another witness told the channel: “He was swimming across the headland and the shark came at full speed. 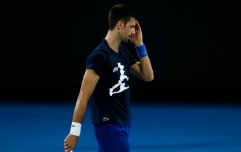 END_OF_DOCUMENT_TOKEN_TO_BE_REPLACED

“It’s very hard to talk about it because it happened like 10 metres off the rocks.”

In video footage taken from the rocks by fishermen, a witness can be heard saying: "Someone just got eaten by a shark. Oh man! Oh no! That’s insane. That’s a great white shark.

“The person’s still there!

“I just saw a four to five metre great white explode on the surface just here on a swimmer and it was like a car landing in the water."

Shark attacks are rare in Sydney as the city’s waters are protected by shark nets and the beaches are patrolled by drones.

Speaking about the tragedy, local mayor Dylan Parker said: “The coast is our community’s backyard. Little Bay is normally such a calm, beautiful place enjoyed by families.

"To lose someone to a shark attack like this is chilling. We are all in shock.

"Our entire community’s hearts go out to the family of the victim."