The man who saved a baby during the tragedy at Buncrana in 2016 has denied making disparaging comments about his ex-girlfriend Stephanie Knox, who has started legal proceedings against the family of the victims.

Davitt Walsh, writing on Facebook, has denied giving an interview to any media source or made a single comment against his former partner Stephanie Knox.

Walsh was the man who saved a baby at Buncrana Pier in March 2016 during a tragic incident in which five members of the McGrotty family perished.

END_OF_DOCUMENT_TOKEN_TO_BE_REPLACED

Knox, who was with Walsh on that day, has reportedly made a claim against the remaining members of the McGrotty family for loss of earnings and other costs.

Now Walsh has denied making comments against Knox in the press, while asking for his privacy to be respected.

In a public statement, he wrote:

"Firstly I have the utmost respect for Stephanie Knox, Stephanie has suffered extreme trauma since the tragic events of that horrible day in Buncrana.

"Secondly I have not given an interview to ANY newspaper or media source. I have been wrongly misquoted, I strongly refute anything that has been printed in my name.

"I have moved on with my life since that day, in the best way that I can. 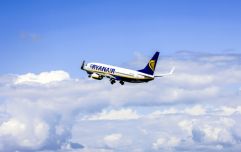 END_OF_DOCUMENT_TOKEN_TO_BE_REPLACED

The late Sean McGrotty's father Noel revealed how he had received a claim against the estate of his late son, Sean, one of the victims of the tragedy.

"I saw the name Knox and realised it was from the girl that took the baby when she was brought out of the water that day," he said.

In a Facebook post, Knox's sister said the woman had thought she was suing the local council rather than the family.

"She was under the impression that the claim was against Donegal [County] Council and due to the same reason that the family were claiming for – algae being on the slipway and other reasons," she wrote.

"That day has ruined her life forever, witnessing five people die in front of her, and her life will never be the same."

popular
Gardaí arrest motorist with live European Arrest Warrant in place for multiple serious offences
Bodies of an adult and two children discovered at house in Dublin
Extinction Rebellion attempt to confront David Attenborough at his home after he criticised the group
Knock Airport to close for four weeks after suspension of all Ryanair flights
Christmas flights in doubt as risk of travel is simply "too high"
Can you beat the clock and name the 32 counties of Ireland in alphabetical order?
Here are the best movies on TV this evening
You may also like
7 hours ago
A man has died following a crash in Roscommon
8 hours ago
€94,000 worth of drugs and €32,000 in cash seized in Dublin
9 hours ago
10 people due in court in relation to the circulation of details on social media in Ana Kriegel case
23 hours ago
Five more people with Covid-19 have died, 720 new cases
1 day ago
The median annual household disposable income in Ireland was over €43,500 in 2019
1 day ago
Met Éireann issues weather warning for 10 counties
Next Page