Gardaí are investigating an incident in which burglars broke into a home in Clare and tied up its occupants.

The aggravated burglary occurred at a house in Drumullen, Kilmurry in Sixmilebridge on Sunday, 14 March. 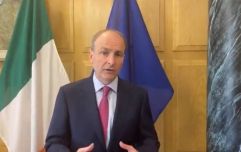 END_OF_DOCUMENT_TOKEN_TO_BE_REPLACED

At around 4.30pm, three men, armed with what is believed to be a knife and an iron bar, entered the house and tied up three of the occupants.

One occupant of the house was assaulted during the incident, while a number of personal items were taken from the property.

Gardaí are appealing to anyone who may have information in relation to this incident to come forward.

They are also urging anyone who was in the area of Drumullen, Kilmurry between 4pm and 5.15pm on 14 March to contact them.

Any road users who were in the area at this time and who may have camera (including dash cam) footage are asked to make it available to investigating Gardaí.

Any person who may have observed any unusual activity in the area is also asked to contact Gardaí in Ennis Garda Station on 065 684 8100, the Garda Confidential Line 1800 666 111 or any Garda station.