"Some done but more to do."

New figures released at the Central Statistics Office (CSO) on Thursday saw that prices of most everyday things – including transport, hotels and electricity – were higher than the year before.

In fact, on average, as measured by the Consumer Price Index (CPI), prices across the board were 0.8% higher in July compared with July 2017.

Motor insurance premiums, however, saw a significant drop – a continued trend following from an all-time high in 2016.

The recent CPI figures show that in the last 12 months, car insurance premiums have fallen by 6.7%.

“If you look back over the last 5 years of CPI for car insurance you can get a pretty clear picture of where we’ve come from & where we’re going in terms of pricing," says Jonathan Hehir of Coverinaclick.ie, who believes that more reductions are necessary to bring costs back to normality.

"We are going in the right direction, but concerted action needs to be taken if premiums are ever to fall below the dizzying heights they reached in 2016."

"It's understood by insurance brokers that if the new Garda anti-fraud unit operates as intended, and if there is a slashing of awards payments by the Courts as mooted by legal professionals of late, then motorists should continue to see their premiums fall significantly."

The insurance company claims that two primary issues which need to be tackled head-on in order for premiums to continue to reduce in any meaningful way:

END_OF_DOCUMENT_TOKEN_TO_BE_REPLACED

“When it comes to fraud, it has been encouraging to see the judiciary challenging the really dodgy cases and throwing them out in many cases," Hehir continues.

"The ongoing campaigning by certain members of the media in this regard also has to be commended for its effectiveness, as does the insurer-backed new Garda fraud-prevention unit, to combat a growing epidemic that is hitting the pockets of every law-abiding citizen in the country who has to shell out to cover the costs of the fraudulent behaviour of others."

Hehir also said that there have been moves in the right direction of late, which point towards a recognition by the State of the pressing need to stem the proliferation of fraudulent claims and unnecessarily high compensation pay-outs. 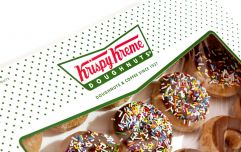 END_OF_DOCUMENT_TOKEN_TO_BE_REPLACED

"We are also seeing greater appreciation throughout the industry of the high costs of personal injury awards in this country, which are a multiple of those paid in other states. The average motor claim is almost €21,000.

"And there’s no doubt that these high costs have been and will continue to be passed on to the consumer if nothing is done to reduce them," he concluded.

However, it must be taken into consideration that insurers are reducing premiums at different rates, so prices will vary wildly between insurers, depending on your situation.