Collection baskets may soon become a thing of the past.

If you've ever had to awkwardly pass an empty collection basket on to the person beside you while sat in mass, you'll know how uncomfortable it can be.

Being viewed by those around you as a cheapskate, when, in reality, you just didn't remember to bring any change, can be a grim feeling. 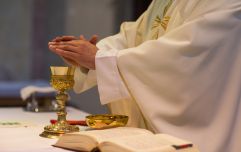 END_OF_DOCUMENT_TOKEN_TO_BE_REPLACED

Well, it could all be about to change with a new initiative in Dublin.

To counteract the decline in cash donations, a number of churches in Dublin are to introduce card machines in the back of the churches.

The scheme is being rolled out in an attempt to boost finances as the number of mass-goers decreases.

The Archdiocese of Dublin issued a statement to JOE, where they explained their reasoning behind the new scheme: 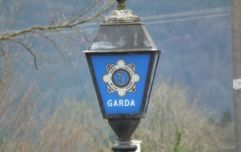 Gardaí investigating after woman in her 80s robbed during mass

END_OF_DOCUMENT_TOKEN_TO_BE_REPLACED

"Financial contributions to the Church in Dublin have been in decline for several years for a variety of reasons, including a decline in the number of people attending weekly Mass," the statement read.

"Several initiatives over the past decade have been introduced to improve Diocesan finances such as the establishment of an office for Financial Development some years ago.

"Direct debit payments for the family offering (an envelope collection for parishes) has been in place for some time. Currently, we are piloting a new payment method, in a small number of Churches, with card machines in place at the back of the Church to allow parishioners to make a contactless contribution. This is done by a standalone machine

"Later this year we plan to roll out the ability for the majority of parishes to accept card-based payments using a Parish Payments System. 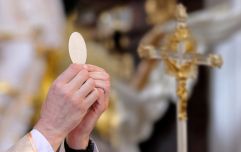 Churches in Waterford couldn't afford to pay priests over Christmas

END_OF_DOCUMENT_TOKEN_TO_BE_REPLACED

"This will cover many transactions such as offerings, pilgrimage payments and will enable parishioners to sign up for recurring contributions.

"This will not however, mean an end to the traditional basket collections at Masses which will remain in place for the foreseeable future."

popular
5 years ago, Hollywood took a massive gamble on a huge sequel... and lost big time
Netflix has just added 12 very big movies to their library
One of the most underrated crime thrillers of recent years is among the movies on TV tonight
Mystery over 'dead husband' spotted in Indian restaurant has been solved
QUIZ: JOE's Big News Of The Day Quiz #40
40 years ago, a sci-fi horror with one of the best special effects of all time was released
"He's a changed man" - Woman marries her 'high school bully'
You may also like
9 months ago
QUIZ: Kneel or no kneel: How well do you know Mass?
2 years ago
Study shows frequent changing of position at Mass can cause fainting
2 years ago
RTÉ to air daily mass during Covid-19 emergency
4 years ago
Kerry man learns of €289,861 Lotto win during Sunday Mass
4 years ago
Irish people’s love of a short mass summed up in one great story by the man behind Father Ted
4 years ago
Father Ted co-creator gives update on the progress of Pope Ted the musical
Next Page