Food to become scarcer, more expensive and lose its nutritional value according to new report

A major report on climate change has some worrying findings.

A recent report on land use from the United Nation's Intergovernmental Panel on Climate Change has produced a number of worrying results.

The report found that food will become scarcer, grocery prices will spike and crops will lose their nutritional value due to the climate crisis.

Climate change will also change what kinds of crops farmers can grow.

Some climates will become too hot for what farmers are currently growing, while others will see more flooding and snow, which will also limit what can be grown.

According to CNN, undernourishment has long been a concern of scientists who are watching the climate crisis closely.

"The window is closing rapidly to have lower emissions and to keep warming to less than 2 degrees.That is the key message of this report," said one of the report's authors, Pamela McElwee, an associate professor of human ecology in the School of Environmental and Biological Sciences at Rutgers University. 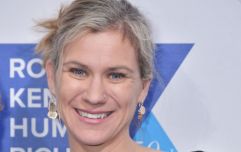 END_OF_DOCUMENT_TOKEN_TO_BE_REPLACED

The Met Office in the UK recently confirmed that London had broken its July temperature record.

A number of European cities also had their record temperature broken at some point over the summer.

Ireland recently became only the second country to declare a state of environmental and climate emergency.


popular
Gardaí to be given power to enforce social distancing regulations
QUIZ: Can you name all of these characters from Love/Hate?
Modelling suggests Ireland may have already hit its peak for Covid-19 deaths
WATCH: Paul O’Connell provides the single greatest moment in the history of A Question of Sport
There's a "Super Pink Moon" tonight, the biggest and brightest moon of 2020
The ultimate UK Office quiz - Season 1
National Public Health Emergency Team issue warning about travel ahead of Easter weekend
You may also like
15 hours ago
WhatsApp is introducing stricter restrictions to curb spread of fake messages
15 hours ago
China reports no new coronavirus deaths for first time since January
1 day ago
A tiger at Bronx Zoo in New York has tested positive for Covid-19
1 day ago
Boris Johnson continues to lead the UK government from hospital
2 days ago
Number of daily Covid-19 deaths in Spain continues to fall
3 days ago
Death toll in Spain falls for the second day in a row
Next Page