Taoiseach Enda Kenny has confirmed that Pope Francis will visit Ireland in 2018.

Kenny held talks with the Pope at a meeting in the Vatican on Monday morning after Pope Francis was formally invited to attend the World Meeting of Families in Dublin in 2018 by the Conference of Irish Catholic Bishops.

Pope Francis has been an important voice for the young, the poor & disadvantaged - glad he will visit Ireland in 2018 pic.twitter.com/vSn16otMAA 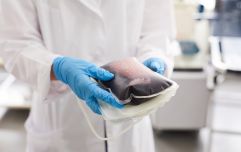 END_OF_DOCUMENT_TOKEN_TO_BE_REPLACED

The Taoiseach told reporters after the meeting that Pope Francis had agreed to make the trip in August 2018 in what will be the first Papal visit to Ireland since Pope John Paul II’s famous visit in 1979.

The Taoiseach famously hit out at the Vatican in a speech in 2011, following the revelations of the Cloyne report into child sex abuse by the clergy in Ireland.

Kenny said that the Vatican had attempted to downplay or manage the findings of sex abuse in the report in an effort to uphold the institution of the church and that their attitude to its findings was the "polar opposite of the radicalism, the humility and the compassion that the church had been founded on".

Relations between the Irish government and the Vatican have improved since then, with Kenny having briefly met Pope Francis at the dual canonisation of Pope John XXIII and Pope John Paul II in 2014.