The Council said the controversial robot trees will "not replace" normal ones.

Cork City Council has installed five high-tech "robot trees" which cost €350,000 a year to maintain to battle air pollution at St Patrick’s Street and on the Grand Parade near the City Library.

The CityTrees promise to absorb 80% of fine dust particles from the air as they are covered in special mosses which act as a "trap" for harmful pollutants. 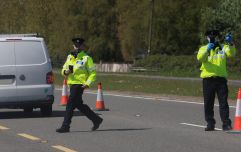 Gardaí will be out in force pulling for speed this week

END_OF_DOCUMENT_TOKEN_TO_BE_REPLACED

It has also been claimed that a CityTree can "reduce fine dust pollution in its immediate vicinity by up to 53%".

"The first of our CityTrees were installed today on St Patricks Street," Cork City Council confirmed on Twitter.

The 1st of our CityTrees were installed today on St Patricks St.

Air pollution causes up to 1,300 deaths each yr, says @EPAIreland

The Council added that while the trees won't replace real ones, they are hopeful they will "complement them".

"CityTrees do not replace our trees but complement them. We are planting 1,300 trees in parks & communities in 2021," it continued. 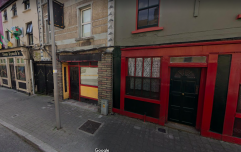 END_OF_DOCUMENT_TOKEN_TO_BE_REPLACED

David Joyce, Director of Operations with Cork City Council, told Newstalk on Tuesday that the project will take place alongside efforts to plant more trees in the region.

“Cork City Council has plans to plant 1,300 trees in 2021 alone. We have planted thousands of trees in recent years," he said.

“A CityTree is a completely different entity than a normal tree. A normal tree you plant… will convert carbon dioxide into carbon and oxygen… will store the carbon in the tree trunk, and release the oxygen back into the atmosphere.

“A CityTree is very, very different. It targets particulate matter in the atmosphere - dust in effect, that comes out from internal combustion engines in vehicles and the burning of fossil fuels.

"The moss eats the dust, and therefore cleans 80% of the dust out of the air.” 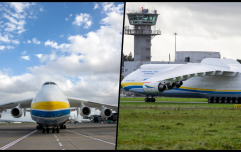 END_OF_DOCUMENT_TOKEN_TO_BE_REPLACED

Joyce added that "extensive research" had been done ahead of the decision to develop the CityTrees.

“They do have an impact - they are a proven technology. This is not something that has been dreamt up overnight," he added.

popular
Nigel Farage has been saying republican phrases again, but in reality, he's the one laughing
Ranking all of Christopher Nolan's movies from worst to best
How to lower your cholesterol - 5 really handy tips
Largest aircraft in the world touches down at Shannon Airport
The 100 greatest TV shows of the 21st century have been revealed
An underrated Denzel Washington thriller is among the movies on TV tonight
Gardaí will be out in force pulling for speed this week
You may also like
20 hours ago
Man in his 60s killed following fatal road traffic collision in Monaghan
22 hours ago
Ireland's newest Krispy Kreme store is hiring for a number of roles
22 hours ago
An asylum seeker in Cork is on hunger strike to attempt to remain in Ireland
23 hours ago
Full return to offices “as we knew them” won’t happen this year
1 day ago
Confusion reigns over social distancing element to nightclub reopening plan
1 day ago
CONFIRMED: Nightclubs to reopen, weddings at full capacity and Covid Passes to remain
Next Page