Captivating and – like the crisis we face – impossible to ignore.

Legendary broadcaster and naturalist Sir David Attenborough gave a powerful speech as the first proper day of COP26 got underway in Glasgow, addressing world leaders and fellow activists on the desperately urgent nature of the climate crisis.

Named as the 'People's Advocate' at the UN's climate conference, Attenborough spoke eloquently and from the heart about a cause he has been vocal about for decades, suggesting that we can and must reverse global warming – now or never.

While he admitted that humans are "already in trouble" and that some effects of climate change "are now unavoidable", we now "understand this problem" and know how to fix it.

You can watch the full speech below.

'Today those who've done the least to cause this problem are being hardest hit', says #COP26 People's Advocate David Attenborough.

He adds 'we must recapture billions of tonnes of carbon from the air'. 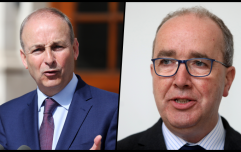 END_OF_DOCUMENT_TOKEN_TO_BE_REPLACED

The 95-year-old spoke with the same vigour he has always had for all things natural, not missing a beat while an empowering orchestral arrangement scored his imperative words.

More than just reducing our currently untenable level of emissions, Attenborough went on to explain that we must also "recapture billions of tonnes of carbons from the air" and keep "one and a half degrees within reach".

It has been warned that a two-degree planet (the warming trajectory we are currently heading towards) would be catastrophic for the Earth and the human race.

Perhaps one of the most powerful lines was his suggestion that those who will be "affected by climate change are no longer some imagined future generations but young people alive today", indicating that those who have too long shirked their responsibility – including his own generation – have jeopardised "those who have done the least to cause this problem". 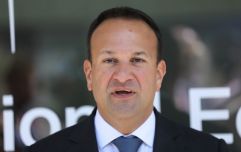 END_OF_DOCUMENT_TOKEN_TO_BE_REPLACED

Attenborough went on to outline that this rude awakening, though more gradual than sudden, could and should "give us the impetus we need to rewrite our story, to turn this tragedy into a triumph".

Once again, he reiterated that time has run out at this point - asking: "Is this how our story is due to end: a tale of the smartest species doomed by that all too human characteristic of failing to see the bigger picture in pursuit of short-term goals?"

However, his speech closed on a more hopeful and motivating note.

Rather than simply add to the often defeatist doom-mongering rhetoric, he made sure to close his speech by calling humans "the greatest problem solvers" to have ever existed, saying that we can restore nature, recapture carbon emissions and create a more "balanced" future of "equality".

Attenborough's final statement was defiant and uplifting – "Our motivation should not be fear but hope".

popular
The JOE Friday Pub Quiz: Week 307
A great underseen action thriller is among the movies on TV tonight
Netflix has just added an incredibly tense 97-minute thriller
Thunderstorms and heavy rain to end Ireland's current heatwave
Record for hottest August day in Ireland ever has now been broken
Anne Heche dies one week after car crash, aged 53
An exciting Irish crime thriller is among the movies on TV tonight
You may also like
3 weeks ago
Varadkar says "the cake will get smaller for everyone" if Sinn Féin take over
1 month ago
No general election in the near future as Government survives vote of no confidence
1 month ago
EXPLAINER: What the hell is going on with the no confidence vote?
1 month ago
Boris Johnson says he is "so sad to give up the best job in the world"
1 month ago
Conservative Party vice chairman resigns live on TV as Johnson administration thrown into turmoil
1 month ago
Rishi Sunak and Sajid Javid have resigned from the UK Government
Next Page