The protest is being called the Shanowen Shakedown.

A number of DCU students protested outside the Dáil on Tuesday following an increase in the price of student accommodation.

It emerged in recent weeks that one of the most important and necessary areas of accommodation for DCU students, Shanowen, would be increasing its prices by 27%.

END_OF_DOCUMENT_TOKEN_TO_BE_REPLACED

Students were informed that Shanowen would reportedly be charging €10,000 for a nine-month lease for students who wished to reside there while attending DCU.

On top of the fees that some students in the university pay, this financial increase from Shanowen, students say, would prove too much for some students and would render it impossible for them to attend the college.

Students of the college, and supporters of the cause have now taken their protest to the Dáil.

Speaking to JOE, the DCU Student Union President Niall Behan had this to say about the importance of today's protest: "Today was about bringing our protest to a national forum. The only way to ensure students are protected in the long term is for these accommodation providers to be under the same legislation as any other landlords. 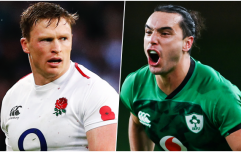 END_OF_DOCUMENT_TOKEN_TO_BE_REPLACED

"Students cannot be exploited any longer, as education is becoming unaffordable except for those who can pay extremely high rents. We need intervention as the market cannot police itself."

A representative from People Before Profit offered their support, and the message below was posted to their Twitter page.

Supporting #ShanowenShakedown outside the Dail today. The shocking proposed increases in rents is disgraceful and we will stand with the students in opposing these outrageous increases. @RBoydBarrett will bring up Dcu protest with Varadkar in #Dail today pic.twitter.com/2tHnRUvn3m

Mary Mitchell O'Connor, the Minister of State for Higher Education, also addressed the crowd at the protest.

Today we protested outside the Dáil. Today our voices were heard. #ShanowenShakedown pic.twitter.com/dpuKC8R01v

Shanowen have yet to make an official statement on the matter.

popular
Amazon Prime Video has just added 37 big movies to its library
Welder awarded €15,000 for unfair dismissal despite admitting to drinking alcohol before work
10 years ago today, the scariest movie ever made (according to science) was released
County where winning Lotto jackpot ticket worth nearly €9 million was sold confirmed
Dublin Bus and boat involved in city centre collision
Here's the line-up for this week's episode of The Late Late Show
Netflix has just quietly added 30 big movies to its library
You may also like
1 month ago
Don't miss this temporary pop-up night club, coming to Dublin for one night only!
3 months ago
Pub quizzes, bingo nights, live DJs and more! The ultimate summer pub series is coming to this Dublin bar
3 months ago
Looking for a Pride event with live music and incredible cocktails? We've got a suggestion...
4 months ago
Watch out! A new BBQ range is coming your way and it's about to get fiery
4 months ago
Madrí Excepcional want to kickstart your summer by giving you a FREE pint!
7 months ago
Every Guinness fan needs to try these brand new experimental beers
Next Page