"I realise that there is the need for some clarification."

U.S. President Donald Trump has performed a U-turn on his claim that he "didn't see any reason" why Russia would be guilty of meddling in the election that saw him rise to the Oval Office.

Trump met with Russian President Vladimir Putin at a historic summit in Helsinki on Monday, a meeting preceded by typically incendiary comments in which the American President claimed that relations between the two nations have "never been worse."

END_OF_DOCUMENT_TOKEN_TO_BE_REPLACED

Despite all of that, it seemed to go alright, even if Trump did cause further anger with his comments concerning Russia's role in suspicous electioneering.

On Tuesday evening, however, Trump sensationally backtracked on his previous comments, insisting that what he meant to say was that he didn't see any reason why Russia wouldn't be responsible for any vote-tampering tactics.

"I thought that I made myself very clear by having just reviewed the transcript," Trump began.

"It should have been obvious, I thought it would be obvious, but I would like to clarify just in case it wasn't. In a key sentence in my remarks, I said the word 'would' instead of 'wouldn't'.

"The sentence should have been; 'I don't see any reason why I wouldn't or why it wouldn't be Russia'." 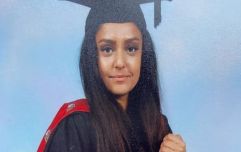 END_OF_DOCUMENT_TOKEN_TO_BE_REPLACED

Trump went on to suggest that perhaps it "would have been a little bit unclear on the transcript or on the actual video."

Earlier in the same address, Trump stated that he has "full faith and support" for America's intelligence agencies, and that he "accepts" that Russian "meddling" did in fact take place.

"I have felt very strongly that while Russia's actions had no impact at all on the outcome of the election, let me be totally clear in saying that I accept our intelligence community's conclusion that Russia's meddling in the 2016 election took place.

"There could be other people, also, there's a lot of people out there," he added. 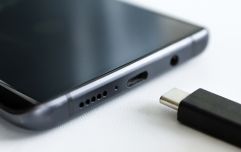 END_OF_DOCUMENT_TOKEN_TO_BE_REPLACED

Trump also stressed that there was "no collusion" and that "a lot of people have come out strongly on that."

Last week at the beginning of a tense NATO summit, Trump instantly went on the offensive; claiming that "Germany is completely controlled by Russia" in response to questions over his then-forthcoming meeting with Putin.

popular
The JOE Friday Pub Quiz: Week 262
One of the most-anticipated movies of the last few years is finally available to watch at home this week
QUIZ: The Ultimate Movie Gangster Quiz
A new bank holiday may be on the way as part of this year's Budget
Tom Duffy's Circus looking to hire some clowns
Waterford has been crowned as the best place to live in Ireland
Taoiseach "concerned" about Brexit affecting Christmas deliveries to Ireland
You may also like
1 day ago
Retail billionaire calls on unvaccinated people to be banned from shopping centres
2 days ago
Llamas could play a role in treating Covid-19 in the future
2 days ago
Gabby Petito disappearance: FBI confirm remains found are that of missing woman
2 days ago
Rare magnitude 5.9 earthquake hits Australian city of Melbourne
2 days ago
President Biden warns trade deal must not derail peace in Northern Ireland
2 days ago
Two women seriously injured following three-car collision in Wexford
Next Page