€3.9 million worth of cannabis seized in Laois

Four men have been arrested as a result of the seizure.

€3.9 million worth of cannabis has been seized from a vehicle in Laois.

At approximately 9.15am on Wednesday (1 July), as part of ongoing intelligence operations carried out by the Laois Drugs Unit supported by local units and national units targeting the sale and supply of controlled drugs, a vehicle was stopped by Gardaí in the Raheen area of Laois.

END_OF_DOCUMENT_TOKEN_TO_BE_REPLACED

The estimated value of this seizure is approximately €3.9 million.

Gardaí have said that all seized items remain subject to analysis.

All four men are detained under the provisions of Section 2 of the Criminal Justice (Drug Trafficking) Act 1996. 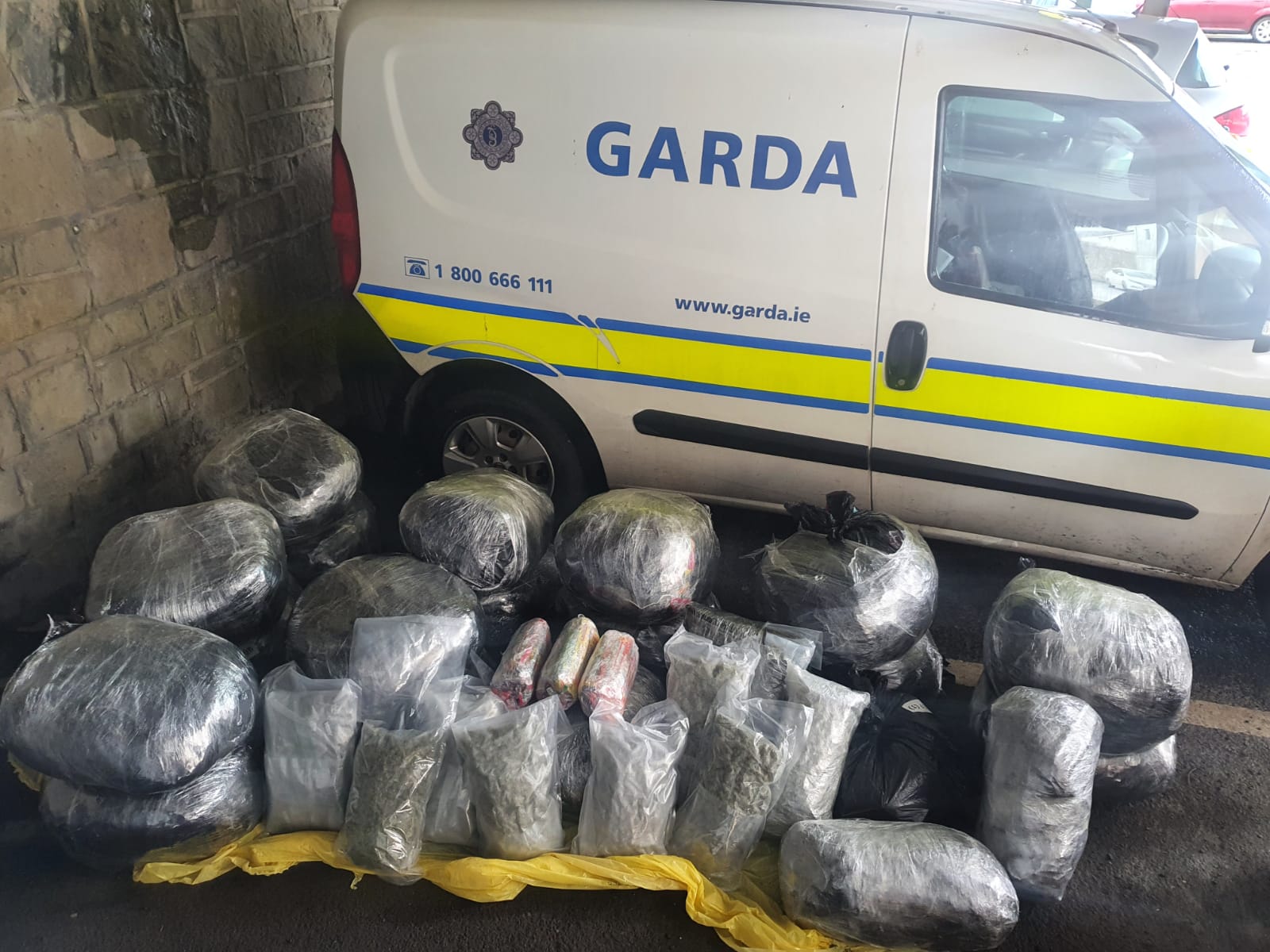 popular
One of the best thrillers of the decade is among the movies on TV tonight
"Like a whip" – director describes fatal shooting on Alec Baldwin film set
A brilliant, under-seen Graham Taylor documentary is on TV tonight
A villainous Tom Cruise performance is among the movies on TV tonight
The full list of all the new shows and movies coming to Netflix in November
The JOE Movie Quiz: Week 125
The JOE Friday Pub Quiz: Week 266
You may also like
8 hours ago
Gardaí investigating following motorcycle hit and run in Dublin
1 day ago
Gardaí renew appeal to help identify human remains found on Wexford beach in 1995
2 days ago
Report: Crew left Alec Baldwin film set in protest before fatal shooting
2 days ago
New appeal over Philip Cairns case on 35th anniversary of his disappearance
2 days ago
Alec Baldwin was told prop gun was safe before fatal shooting
2 days ago
Hunger strike ends as Nadim Hussain assured he won't be deported
Next Page