Serious delays reported at Dublin Airport due to snow and ice

With a status yellow snow-ice warning in place across the majority of the country and reports of particularly difficult conditions for motorists, reports of delays at Dublin Airport have followed suit.

Many passengers have taken to social media on Sunday evening (3 March), noting that they have been grounded on the tarmac for as long as three hours in some cases, due to the weather.

One passenger reported a visible queue of "at least 15 aircraft" present at the airport.

Dublin Airport remains "open and operational", according to a short statement released on Sunday evening.

.@DublinAirport is open & operational. Some airlines are experiencing delays to their flight schedules as a result of de-icing issues. Passengers are advised to check with their airline for latest flight updates. We apologise for any inconvenience caused.

According to the Dublin Airport Twitter account, some airlines are experiencing delays to their flight schedules as a result of de-icing departing aircraft.

Dublin Airport said that the responsibility for de-icing lies with the airline or its handling agent.

Passengers have been advised to check with their airline for latest flight updates. 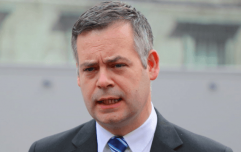 END_OF_DOCUMENT_TOKEN_TO_BE_REPLACED

They have apologised for any inconvenience caused.

A spokesperson for the Dublin Airport Authority told JOE:

"Dublin Airport was open and operational all afternoon.

"Some airlines had issues de-icing departing aircraft which resulted in a knock-on impact on arriving aircraft as aircraft stands were not vacated while de-icing was taking place.

"We are working closely with our airline customers to help passengers."


popular
QUIZ: Can you guess the pixellated movie posters?
QUIZ: Can you name all these European countries just from their vowels?
QUIZ: Week 16 of JOE's 19 in 90 quickfire quiz is here
Dublin pub to host a 'doggy date night' where you can bring your dog to dinner
Here are Ireland’s favourite takeaways, as per the National Takeaway Awards
Three US firefighters die in Australia as water tanker plane crashes
Man dies after farming accident in Cork
You may also like
17 hours ago
"Totally unacceptable." Final year students at WIT hit out after extra module added to final semester
1 day ago
Man arrested after threatening Gardaí with knife and stealing cash in Dublin
2 days ago
Sinn Féin writes to Virgin Media objecting to FG/FF debate
2 days ago
Gardaí seize over €175,000 in cash and €50,000 worth of cocaine in Galway
2 days ago
Fine Gael general election candidate has bricks thrown through window of constituency office
2 days ago
Man in serious condition after being doused in petrol and set on fire during burglary in Cork
Next Page