It's a win for Eamon Ryan.

Eamon Ryan has been re-elected to the role of Green Party leader, seeing off his deputy Catherine Martin by 994 votes to 946.

The winner of the contest was announced this evening via live broadcast to the party membership. 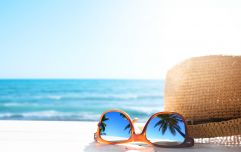 END_OF_DOCUMENT_TOKEN_TO_BE_REPLACED

The vote followed a tumultuous few months for the Green Party, and Ryan personally. In the last two months, the Greens have entered into government, Ryan apologised for referring to the n-word in the Dáil without censoring himself, and fell asleep during a Dáil vote.

Earlier today, prominent Green Party member Saoirse McHugh announced she would be leaving the party, and Councillor Lorna Bogue was temporarily suspended after speaking out against government formation talks.

Nevertheless, Ryan will continue in the role that he has held since 2011, after two-thirds of the Green Party membership turned out for the leadership contest. Ryan is also Minister for Transport and Climate Action in the current government, while Martin is Minister for Heritage, Culture and the Gaeltacht.

popular
RSA confirm online theory tests to come into effect later this month
Everything you can do from tomorrow as biggest easing of restrictions in months to take place
QUIZ: Can you identify the EU country of origin from these €1 coins?
2 more people with Covid-19 have died, 514 new cases
The JOE Music Quiz: Week 56
The JOE Movie Quiz: Week 101
QUIZ: Can you identify which of these countries have the colour blue in their flag?
You may also like
1 week ago
Eamon Ryan adds further weight to suggestions €9 substantial meal will be scrapped
1 week ago
Inter-country travel and reopening of hospitality on course for June, says Eamon Ryan
1 week ago
Government to spend €15 million on enhancing outdoor spaces to prepare for summer months
2 months ago
Eamon Ryan says Gardaí are doing checks on homes of those arriving into the country
3 months ago
Eamon Ryan flags the introduction of tougher sanctions for breaching the 5km travel limit
4 months ago
Exercise limit could be reduced to 2km if Covid numbers do not decrease
Next Page