English town evacuated due to collapse of dam

Residents of Whaley Bridge in Derbyshire have been told to evacuate the town.

Parts of the wall of the Toddbrook Reservoir dam in Derbyshire have collapsed following heavy rainfall, leading police to tell 6,500 residents of the town of Whaley Bridge to gather at a local school, from where they will be evacuated.

Police said that it was currently unclear how long the evacuation would last. 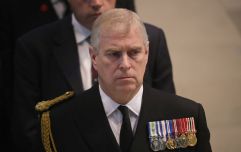 END_OF_DOCUMENT_TOKEN_TO_BE_REPLACED

A severe flood warning, which means that there is a threat to life, has been issued for the River Goyt, below the reservoir.

The warning, which was issued at 2pm on Thursday, urges people in affected areas to call 999 if they believe they are in immediate danger.

The warning also urges people to be aware of their surroundings, to keep up to date with the current situation and to avoid using low lying footpaths near local watercourses.

According to the BBC, some local pubs and community halls have offered to take in evacuees.

A number of images and videos of the dam collapsing were shared on social media.

A dam wall at the 19th-century Toddbrook Reservoir in Derbyshire has collapsed, after days of heavy rain which caused flooding across northern England.

popular
Amazon Prime Video has just quietly added 15 big movies to its library
Gardaí issue update on investigation into murder of Sophie Toscan du Plantier
An unforgettable sci-fi film is among the movies on TV tonight
Travis Barker rushed to hospital after tweeting "God save me"
The 10 best TV shows of 2022 so far
R Kelly sentenced to 30 years in prison for sex trafficking and racketeering
Calls for €20 social welfare increase and minimum wage of €13 in new Budget
You may also like
2 years ago
Emergency services called after man gets stuck in a chimney
2 years ago
10 arrested after English policeman killed on duty
3 years ago
WATCH: Video appears to show Tommy Robinson punching football fan in Portugal
3 years ago
WATCH: There was serious violence and fights during the Atherstone Ball Game this week
3 years ago
The Football Spin Heartbreak Valentine's Day Declan Rice Special
3 years ago
Declan Rice declares for England national team
Next Page