Ireland is the third most expensive country in the European Union, according to a report by the Central Statistics Office (CSO) titled ‘Measuring Ireland’s Progress’.

Data from the release, published by the CSO on Wednesday, revealed that only Denmark (36.8% above average) and the United Kingdom (31.3% above average) are more expensive than Ireland in the European Union, with prices (for final consumption by private households) in Ireland 22.5% above the EU average. 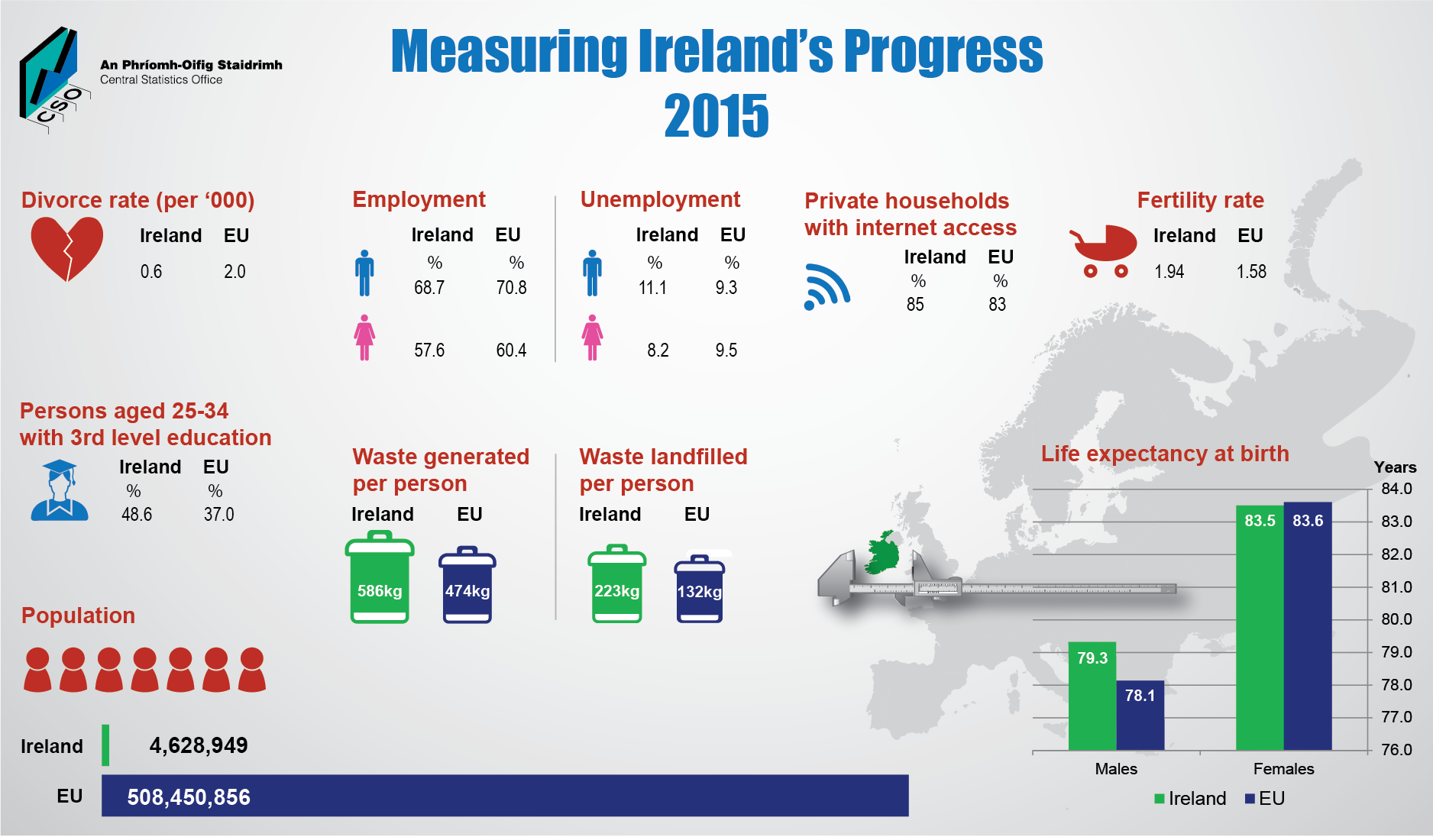 They dropped as low as 18.1% above average in 2010, but have risen steadily since, reaching the figure of 22.5% above the EU average two years ago.

Some of the other key findings in the report included that Ireland has:

You can read the report in full on the CSO website here.

popular
Katherine Ryan says famous TV star is a ‘predator’ and everyone in industry knows
20 years ago, one of the best sci-fi movies of the 21st century was a box-office bomb
The JOE Friday Pub Quiz: Week 322
Staff threatened with screwdrivers during armed pharmacy robbery in Dublin
QUIZ: Only the sharpest will get 100% in this General Knowledge test
The JOE Movie Quiz: Week 181
QUIZ: JOE's Big News Of The Day Quiz #19
You may also like
2 weeks ago
Tenant tried to sell landlord's €455k house without him finding out
2 weeks ago
Here's how much money each I'm A Celeb contestant will earn from the show
2 months ago
Minimum wage to be raised next January
3 months ago
Here's how to make €9-11 on Revolut in just a few minutes
3 months ago
Bord Gais announces a 74% increase in operating profits while customers deal with price hikes
4 months ago
Elon Musk says he is "terminating" his Twitter takeover deal
Next Page