Ireland has the largest Facebook office outside of California.

According to RTÉ, Taoiseach Leo Varadkar has met with Facebook CEO, Mark Zuckerberg, who has confirmed to him that the social media giants will be investing in hundreds of jobs in Facebook Ireland.

As part of his trade mission to the west coast of the United States, Varadkar met briefly with Zuckerberg who confirmed that the creation of jobs will take place across a number of teams in 2018. 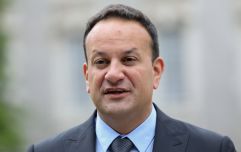 END_OF_DOCUMENT_TOKEN_TO_BE_REPLACED

Ireland's Facebook offices are the largest outside of California and currently employ around 1,600 people in its Grand Canal Square establishment.

Although the number of jobs being created in Facebook Ireland is unsure as of yet, Facebook's Irish boss, Gareth Lambe, has previously said that a new property in Dublin's north docklands would have space for 800 additional staff.

"It's by far our largest footprint of any country in the world outside our Silicon Valley headquarters." 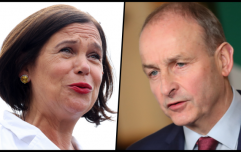 END_OF_DOCUMENT_TOKEN_TO_BE_REPLACED

Lambe also stated that Facebook as a business is growing at a pretty dramatic speed with a growth of over 50% year on year.

"When you're growing users and business as fast as that, we [in Ireland] need to scale up. We've been very successful here in Ireland at delivering results for Facebook. So we continue to get investment."

Varadkar is also due to meet the head of Apple, Tim Cook later today.

popular
Budget 2023: Cigarettes going up, energy credits announced, child and social welfare increases confirmed
Two new 24-hour bus services are coming to Dublin
An action horror classic is among the movies on TV tonight
CONFIRMED: Renters to benefit from €500 tax credit as part of Budget 2023
An underseen disaster film is among the movies on TV tonight
Female child and woman in critical condition after incident in Clare
Jeffrey Dahmer’s dad thinks he knows what’s to blame for son becoming a serial killer
You may also like
2 months ago
Varadkar says "the cake will get smaller for everyone" if Sinn Féin take over
2 months ago
Leo Varadkar slams allegations made by "sworn political opponents" after DPP ruling
2 months ago
Leo Varadkar will not be prosecuted over GP contract leak
2 months ago
Government considering giving public €200 again to assist with rising energy costs
2 months ago
Leo Varadkar has "never seen relations as bad" with UK ministers as they are now
3 months ago
Varadkar defends volatile exchanges with Pearse Doherty, says they were "self-defence"
Next Page