His Holiness visits Ireland on 25 and 26 August.

Those travelling to attend one of the masses being held by Pope Francis in Ireland during his visit next month are being urged to use public transportation and leave cars at home.

Gardaí have ensured that public transport and private coaches 'will bring you closest to the Phoenix Park, shortening your walk.'

A comprehensive transportation plan and road closure system has been issued by the National Transport Authority (NTA), An Garda Síochána and public transport operators for the weekend the Pontiff visits on the invitation of the World Meeting of Families 2018.

The full itinerary for Pope Francis' visit can also be seen here.

Those attending the mass to be held in Phoenix Park, should be aware that there is 'a major oversubscription' of those who are expecting to drive to and from the Phoenix Park Mass on Sunday 26 August.

No car park is located near the venue, however, Park & Ride facilities are being made available for the event.

Those who have booked a ticket and indicated they would like to travel by car will be contacted next week by the World Meeting of Families.

An Garda Síochána are urging the following: 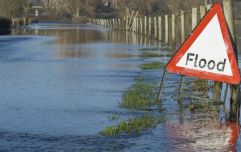 END_OF_DOCUMENT_TOKEN_TO_BE_REPLACED

• Leave your car at home
• Take public transport to and from the event or use private coaches
• If travelling within Dublin, walk to the transport hubs
• Be prepared to walk on the day and suitable footwear is recommended

The NTA has put in place a robust transport plan to cater for everyone attending the event from across the island, including those travelling from Northern Ireland.

"Every bus, train and tram are being used for this event and for the safety of the travelling public if you have a ticket for the Phoenix Park, you will be allowed to travel for free within Dublin on the day of the event," says Tim Gaston Director of Public Transport Services, NTA.

Each operator Iarnrod Éireann, Dublin Bus, Luas, Bus Éireann and Go-Ahead will commence services from early morning especially for those travelling from outside of Dublin. The NTA is working closely with Translink in Northern Ireland and they are providing special rail and bus transport to the event.

There are an extensive range of public transport options available – including train, bus and tram services – to get to and from the Phoenix Park which can all be viewed on the Garda website.

Those attending His Holiness' brief trip to Knock on Sunday 26 are also being asked to 'take public transport, get on a coach or car share.'

Road closures will be in place from 6pm on Saturday evening. From this time, the centre of Knock Village will also be closed (except to residents).

END_OF_DOCUMENT_TOKEN_TO_BE_REPLACED

The N17 between Charlestown and Claremorris will be closed from 12 midnight on Saturday until at least 3pm on Sunday.

For those who live and work near Knock, a business and community liaison team is in place to handle queries, working closely with Claremorris Garda Station.

Those travelling to the event are being asked to use a private coach or carpool to and from the event.

Car park spaces are limited and may be some walking distance from the Shrine.

It will not be possible for the public to view Pope Francis arriving or departing due to security limitations.

Those flying into and out of Ireland West Airport Knock on Sunday will have some access with strict limitations.  Only those named on airline passenger lists and those transporting named passengers will be able to access the airport between 12 midnight on Saturday and 11.30am on Sunday.

Outbound passengers, in particular, are advised to allow more travel time than usual as there will be a number of security checks on airport access routes.

For more information on the Pope's visit and transportation limitations surrounding it, you can check out the Irish Government's dedicated website page for it here or the dedicated Garda website page here.


popular
QUIZ: How many of these Derry Girls characters can you name?
Sinn Féin announce a series of public rallies to take place in five counties
Brendan Gleeson's upcoming performance as Donald Trump is 'scary' and 'too close for comfort'
How well do you remember these classic PlayStation 2 games?
QUIZ: Can you name the Sega Mega Drive game from the screenshot?
The JOE Friday Pub Quiz: Week 179
5 new Netflix additions to spend your weekend watching
You may also like
2 days ago
Police investigating attempted ATM robbery in Antrim
3 days ago
Gardaí launch investigation into four-lane motorway sulky race
3 days ago
A preferred route has been chosen for the new Cork to Limerick motorway
4 days ago
History to be required Junior Cycle subject from September
4 days ago
Two Irish citizens have tested positive for the coronavirus
4 days ago
Ryanair plane in Dublin disinfected after two people fall ill on flight
Next Page